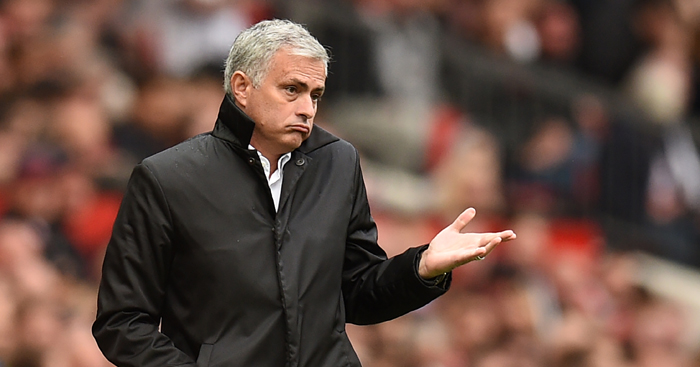 Jose Mourinho will “play defensively” against Liverpool for the third time on Saturday, according to Kenny Dalglish.

United go into the fixture as favourites after their unbeaten start to the season, while Liverpool have been rather less convincing.

But Dalglish still expects his former side to take the attacking initiative against a defensive Mourinho outfit, as was the case last season and when the Portuguese took Chelsea to Merseyside in April 2014.

“Three years ago, Jose brought Chelsea up to do a job and they did it really well, so for me there’s no blame apportioned to him because Liverpool missed out on the title. He was very professional, utterly clinical, and you cannot criticise him for that,” he told the Daily Mirror.

“He came back to Anfield with Manchester United last year with a similar philosophy, but there are no rules which say you can’t play defensively and they almost snatched it at the end when Zlatan Ibrahimovic had that chance.

“And when he comes back for this game, I’m sure he will be cautious again because this is United’s first game against one of the so-called top six.

“With respect to other Premier League teams, these are the games that might decide who lifts the trophy in May.

“Mourinho has a knack of knowing how to win games, and if he thinks his best chance is to shut up shop, he’s entitled to do that – but for us, Jurgen Klopp will be the complete opposite. He’s not interested in a draw, he only wants a victory.

“That suits everyone at Liverpool – players, fans, himself – because that’s why he was asked to take on the job in the first place.

“I’m sure the fans are more than happy with what he’s done and they will want him to continue with the same attacking intent.”