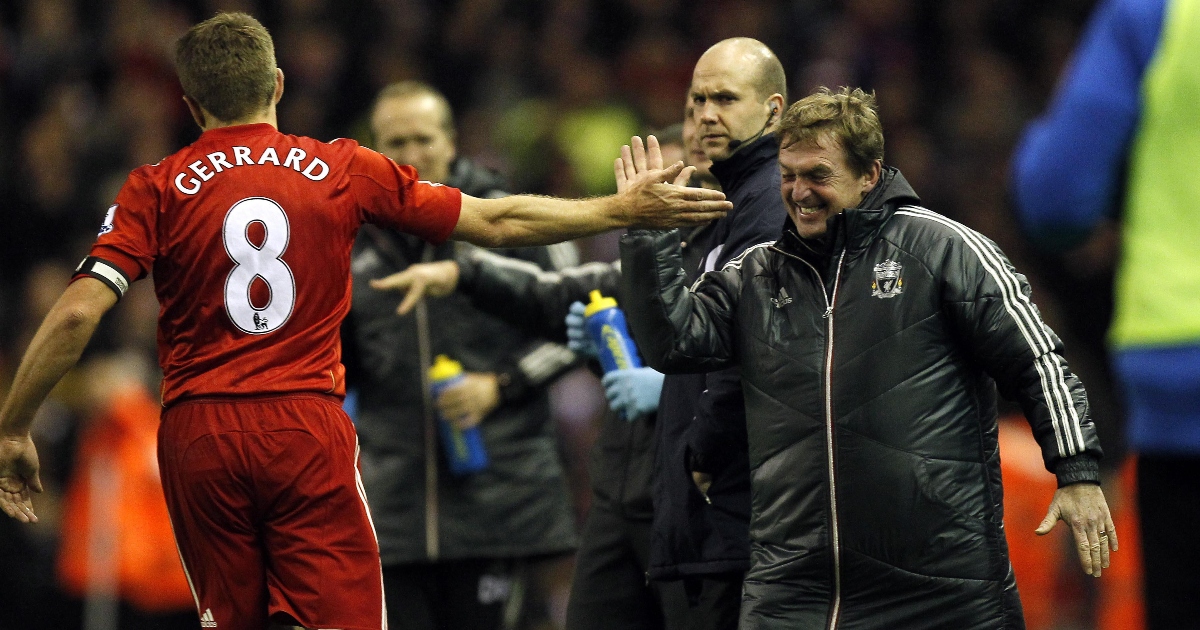 Gerrard is one of the bookies’ favourites to take over from Steve Bruce, with his future in doubt after the Magpies Saudi-led takeover went through on Thursday.

Dalglish has hailed the work Gerrard has done at Ibrox, saying he doesn’t think the former Liverpool captain will be in any rush to move on.

“The Toon Army are excited about the future, and there is a real feeling of optimism after the way things were for a number of years under the previous owner, Mike Ashley,” Dalglish said in the Sunday Post [via The Herald].

“Has has been fantastic for Rangers. He won their first SPFL Premiership title for 10 years in a crucial season, given Celtic were going for 10-in-a-row.

“He also made some huge strides in European competition.

“That is why he is being linked with Newcastle United.

“His only focus will be on Rangers and Saturday’s massive game at home to Hearts.

“They defeated Hibs at Ibrox last week, and there will be a real determination to do the double over the Edinburgh clubs, who have both started the season well.”

Current Toon boss Bruce has failed to guide Newcastle to a Premier League win this season, with the Geordies drawing three and losing four of their opening seven matches.

As well as Gerrard; Eddie Howe, Antonio Conte and Paulo Fonseca have been linked with Bruce’s current position.

However, Howe and Conte would reportedly turn down the chance to occupy the hot seat at St James’ Park if given the opportunity.

This is according to The Sun. They say the Italian would turn down the chance as he would like to manage a club more capable of winning titles straight away.

As for Howe; the 43-year-old would turn down Newcastle according to Football Insider, with the main reason being that he is waiting for the Southampton job.

Ralph Hasenhuttl is the current Saints boss, but pressure is mounting after a poor start to the season.