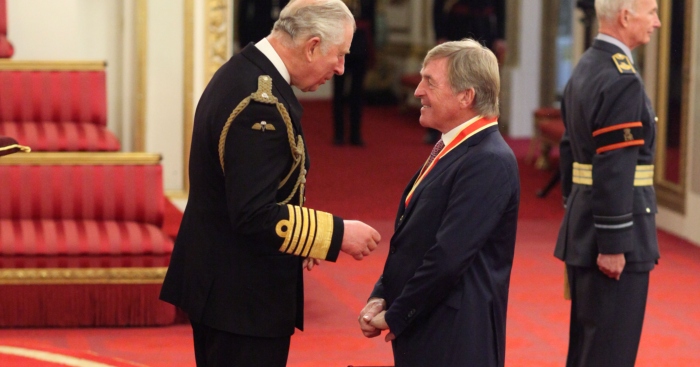 Sir Kenny Dalglish insists it would be “totally out of order” should Liverpool be denied their first Premier League title for 30 years.

The Reds legend – in his column for The Sunday Post – says the competitions halted due to coronavirus must be completed amid suggestions the season could be declared null and void.

He said: “What must definitely not happen is for the 2019-20 campaign to be declared null and void. That would not be fair, and any person with football at heart would admit that would be totally out of order.

“In Scotland, would it be fair to say to the Premiership leaders, Celtic, that all of their efforts in the past nine months over 30 games count for nothing? The same would apply to Dundee United in the Championship.

OPINION: The unique and terrifying threat to football from within…

“Would any person without an agenda really think it would be the most-sensible outcome to deny Liverpool their chance of winning the title after doing fantastically well in their 29 league games so far to build up a 25-point lead over Manchester City with nine games remaining?

“Of course not. Nobody can allow the hard work to count for nothing.

“So let’s do away with any of this talk, and try to use our time and energy wisely.”

He added: “Like the rest of the us, I have no idea when the world will settle down and there will be some kind of normality back to our daily routines.

“But the authorities need to show patience and strong leadership.

“It could well be football is closed down for four weeks, and we resume in the middle of April, or towards the end of that month.

“There needs to be guidance and instruction on when competitive football will resume.”