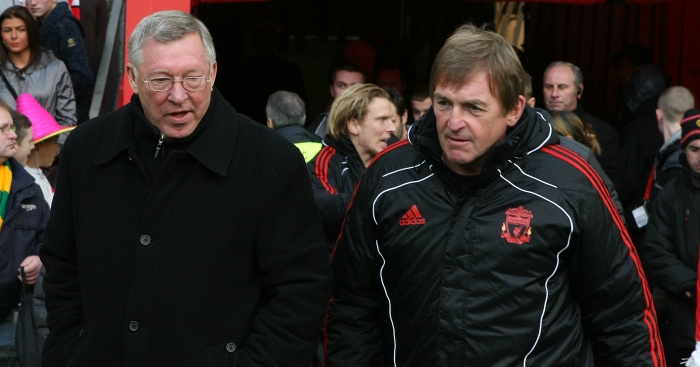 Kenny Dalglish has joked that he “should have kept my mouth shut” over Sir Alex Ferguson during his compatriots early struggles at Manchester United.

Ferguson oversaw 27 years of remarkable success at Old Trafford after being appointed manager in 1986, but struggled initially.

He only won his first trophy in 1990, by which point his position was under immense threat.

Dalglish, then in charge of Liverpool, offered his backing to his fellow Scot, something he jokingly regrets almost three decades later.

“If you had told me in 1990, when I stepped away from the manager’s job, that Liverpool would still be waiting to win another title 27 years later, and Manchester United would win it 13 times in that period, I think you’d have been locked up,” he told the Daily Mirror.

“Certainly, it’s been a lot longer than most people would have anticipated but that will only make it all the more sweet when it comes — I just hope it comes sooner rather than later.

“Ultimately, you get what you deserve over 38 games.

“When Fergie first came to United, you lot were all shouting for him to get the sack and I was saying he deserved more time. I should have kept my mouth shut!

“As a manager, he was hugely intent on being as successful as Liverpool had been for many years, and it didn’t matter who was in his way.

“He was successful all right – and I don’t think there’s a lot wrong with how he went about it, either.”