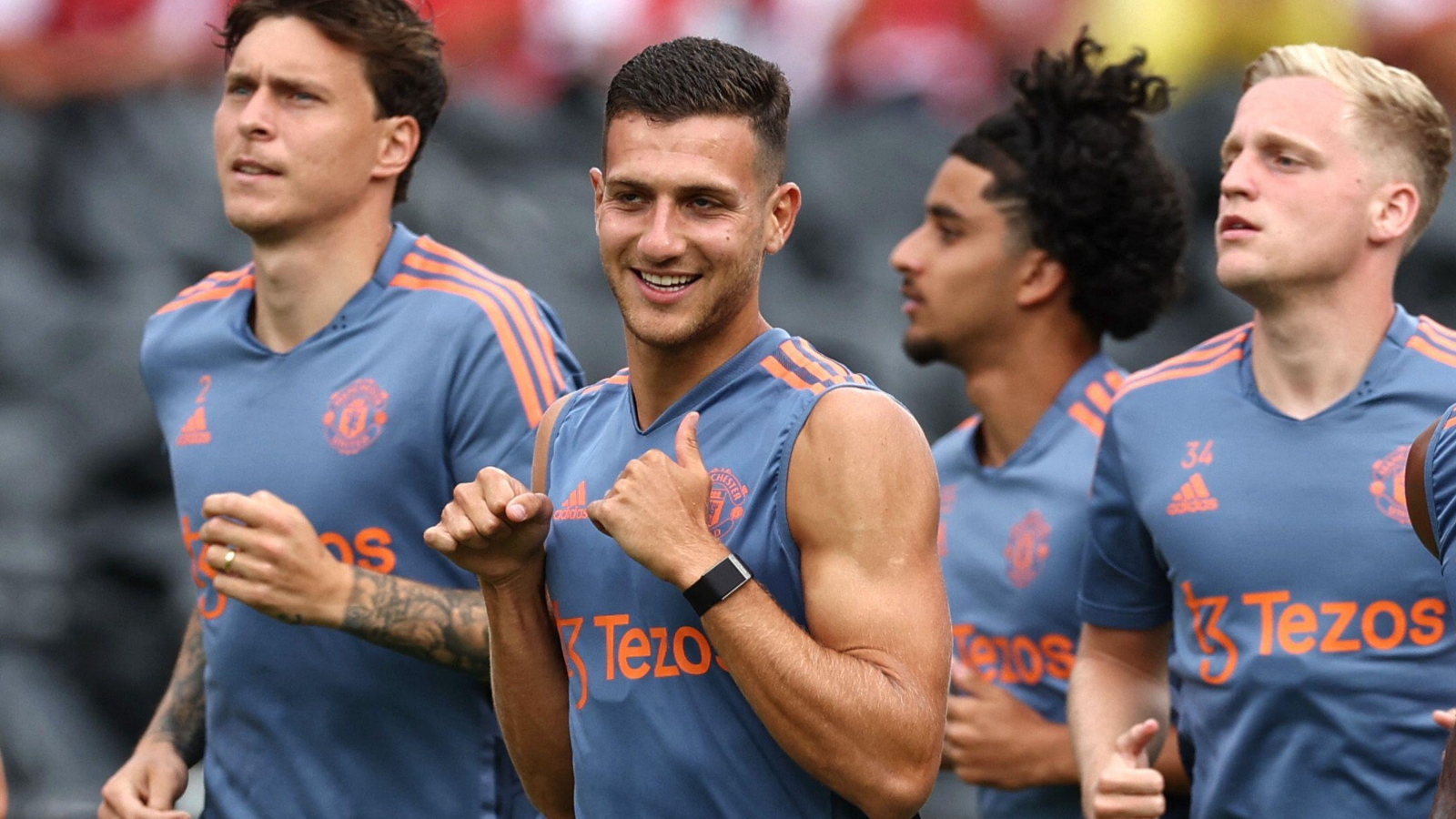 Manchester United defender Diogo Dalot has opened up on how he has adjusted to Erik ten Hag’s managerial style.

The Red Devils have had a productive pre-season, winning three of their four friendlies, including a 4-0 victory over Liverpool.

There is an air of positivity at Old Trafford following Ten Hag’s appointment as manager.

However, the Dutch manager was less than impressed when his side threw away a two-goal lead in their match against Premier League rivals Aston Villa.

Dalot has revealed that the squad felt their new manager’s wrath after Calum Chambers’ last-gasp equaliser in Australia and has opened up on the “tough” transitional period at the club.

“It’s discipline,” Dalot said (quotes via the Mirror). “We need to be ready for that, to be ready to hear things that maybe we don’t want to hear.

“But I think everything is for the greater good of the team and that’s the most important thing. I feel that we start from scratch, new manager, new stuff, new energy, new players coming in and we’re looking forward to play with them as well.

“We need to build a team, a staff, a club, everyone together and go forward. It’s tough, but we need to adjust quickly. We need to be ready for any kind of challenge.

Diogo Dalot has admitted new boss Erik ten Hag is bringing "discipline" at Manchester United — and believes his team-mates need to be ready to "hear things that maybe we don't want to hear".#MUFC pic.twitter.com/aRuMd2AcPz

“It’s tough, but we need to adjust quickly. We need to be ready for any kind of challenge.”

The 23-year-old also discussed Cristiano Ronaldo, who reportedly wants to leave the club. The former Real Madrid forward has not featured for United this summer and is yet to return to training due to personal reasons.

“I think Cristiano is important for us,” said Dalot. “What we know is he is going through some family issues, we hope everything is okay and that’s how we do.”

Dalot has endured a tough time in Manchester, spending 2020/21 on loan with AC Milan. However, the Portuguese impressed last season and has now re-established himself as the club’s first-choice right-back ahead of Aaron Wan-Bissaka.

“I feel like I’m a Man United player, but obviously you have to work every single day to play,” Dalot continued. “I want to be ready for the manager, for the club, and every time he needs me, I’m going to be there.

“I need to show my qualities as well. This is why I came here, to show to this club I’m capable to play many games for this club. This is what I want. I think things are going well, but we still have a lot of room for improvement.

“We need to be proactive, not just the full-back – everyone. Read the game, be always on our toes. Mentally we have to be connected all the time and hopefully we can improve a little bit more as well.”