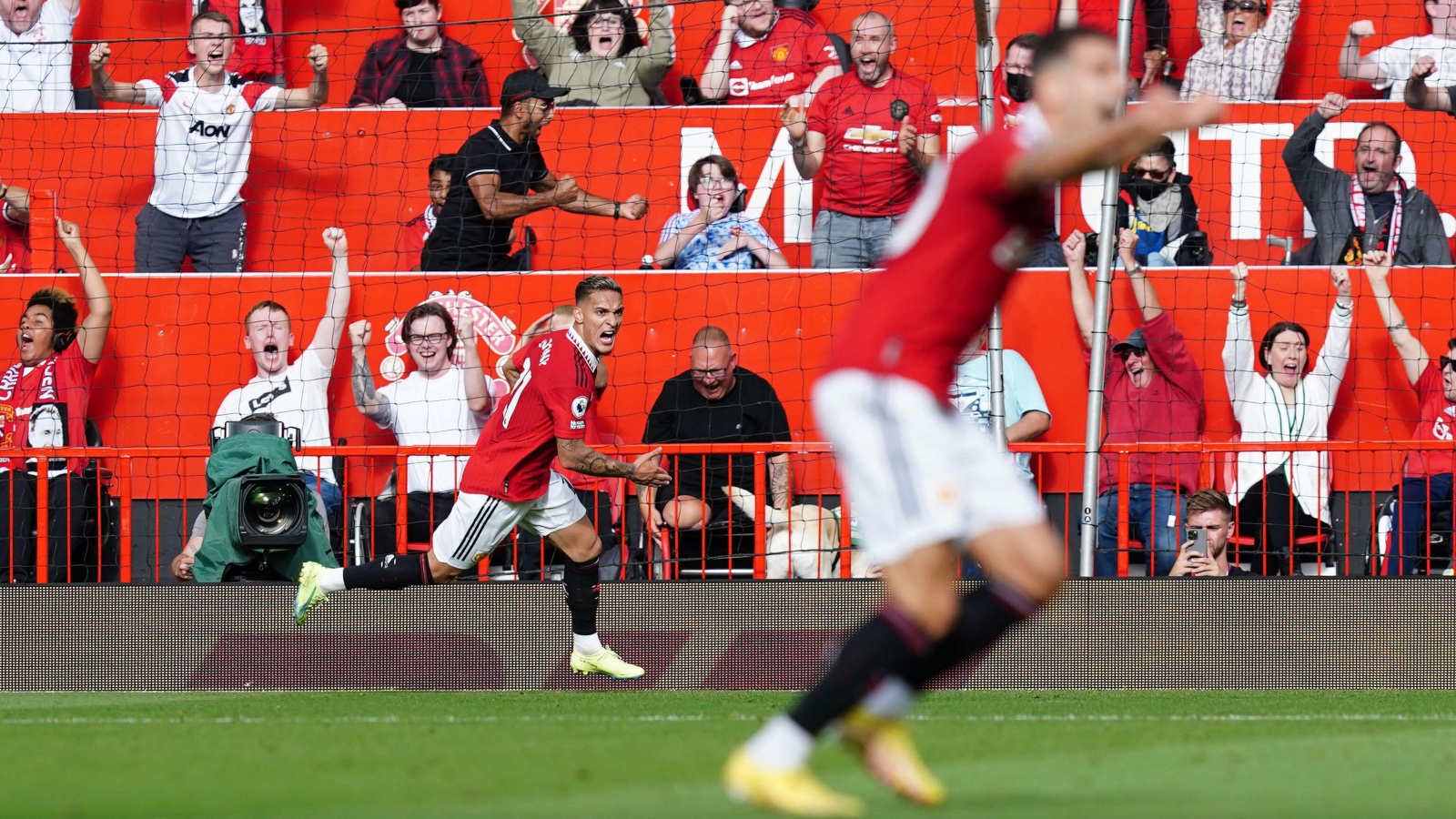 Diogo Dalot says Antony has already made an impression on teammates after the Brazilian scored on his Manchester United debut.

Antony’s dream debut goal set Manchester United on course for victory against Arsenal, with Diogo Dalot saying the deadline-day arrival has already made an impression on team-mates.

After a lengthy, and at times bumpy, pursuit of the 22-year-old, Erik ten Hag finally got his man as an agreement was struck with his former club Ajax for a deal which could reach £84.8million.

The fee has raised eyebrows but there is no doubting Antony’s potential, which he got the chance to show from the outset against Premier League leaders Arsenal just days after completing his move.

The Brazil international opened the scoring with a cool left-footed strike at a bouncing Old Trafford on Sunday, with Marcus Rashford’s brace sealing a 3-1 win after Bukayo Saka had equalised.

Dalot was delighted to have played his part in United’s fourth straight win and enjoyed his first taste of playing with right winger Antony.

“(Playing with Antony was) very good,” the Portugal right-back said. “He showed that in just two or three days that he could come on and make the difference he made with a beautiful goal, beautiful team goal.

“He is one more player to help, we want to build a very good squad this season and with him we are going have more quality.

“He has the advantage of knowing the way that the manager thinks.

Dalot says the ability to converse with Antony in their shared mother tongue of Portuguese can make it easier to build a connection.

But the 23-year-old is confident of linking up well with everyone right now given the team’s growing coordination during his best run of individual performances in a United shirt.

“I feel it’s been a good moment, individually, collectively,” Dalot, who joined from Porto in 2018, said.

“When collectively you are good, the individuals come afterward, this is what I’ve been fighting for, to show my level.

“This is the level I want to keep for a long time, there is still room for improvement and this is what I aim for every single day, to improve what I need to improve but keep the consistency, keep the level because these are the standards of this club.”

Put to Dalot that the players appear to be showing more fight, he added: “I think it comes for the messages the manager passes to us but the main point has been from ourselves – to be at this club you have to fight for it.

“You have to fight for 90 minutes every single game and this is what we are trying to do, then the quality will come up.

“But the basics, the standards of the club are like this and if we continue to do this for a big period of time I think we will get success.

“But we know it’s a marathon, not a sprint. This is going to be a long season and we need all the little points, the wins to build momentum and this game was a beautiful afternoon.”

While United celebrated a fourth straight victory, Premier League leaders Arsenal left Old Trafford frustrated as their perfect start to the season came to an end.