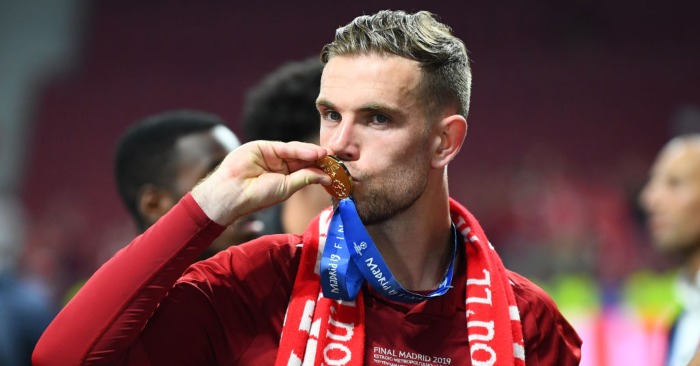 Liverpool signed Henderson from Sunderland in 2011, winning the League Cup early on before captaining the club to Champions League glory last campaign.

Henderson, who has been arguably the Reds’ best player this campaign, only sealed a move to Anfield because of his attitude to missing a free-kick against Newcastle in the Tyne-Wear derby, according to former Liverpool transfer chief Comolli.

“I had some tough negotiations with Niall Quinn [Sunderland chairman] at the time,” Comolli told The Times.

“We were stuck at £15 million and Liverpool’s owners [Fenways Sports Group] told me I couldn’t go higher.

“One evening, I was having a conversation with Niall on the phone and he was telling me about how when Sunderland had played Newcastle, Jordan took a free kick and the ball went straight into the stand.

“All the Newcastle fans were laughing at him. The next week Jordan took 300 free kicks in training – they had to stop him because he was about to get injured.

“But that made me think that, on top of everything Kenny [Dalglish, the Liverpool manager] and I had seen, there was the commitment and desire to improve.

“They are all the ingredients of a top player.”