Home All The News Farke accuses Norwich of being ‘soft’ after losing to Wolves. 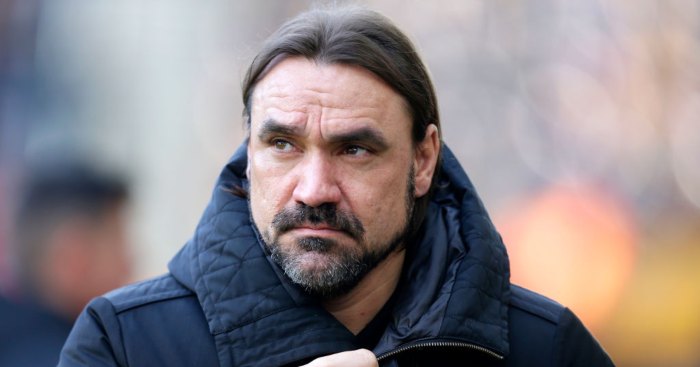 Daniel Farke has accused his Norwich City players of being “soft” after they lost 3-0 at Wolves on Sunday.

Norwich are staring at an immediate return to the Championship and have now gone 562 minutes without a goal from open play.

“We started this game well and were on the front foot for 20 minutes, but I wasn’t happy with our physicality in the final third,” said Farke.

“When you are that dominant at the start of a game, you create so many good situations, you have to reward yourself with scoring a goal.

“But we lost too many offensive duels, and we got our lesson when it went 1-0, more or less with the first time they were in our half.”

Despite Norwich remaining seven points adrift of safety, Farke insists he is “not closing the book on this season”.

But he needs more from this players, adding: “You have to give your life with each and every duel and I got the feeling that sometimes we were a bit soft and scared.

“We need to be greedy to win the duel, and unbelievably sharp. You need to be convinced and not scared. I think we lacked that and I’m disappointed with that fact.”