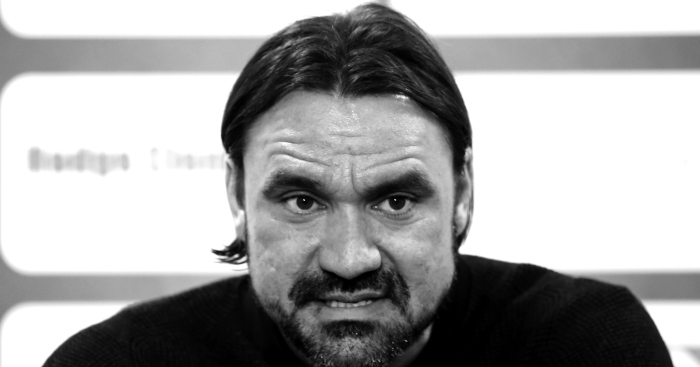 It’s not an ‘honour’ Daniel Farke would have ever targeted in 2019 or welcomed in 2020 but the German is in line to become only the fifth manager this century to begin and end a Premier League campaign in charge of a club rock bottom of the division. It is so rare that anyone survives such obvious and sustained failure, with managers habitually sacked or falling with fatigue on their sword before spring is sprung.

Ignore the outlier that is David Moyes, who resigned from his inexplicably safe seat at Sunderland the day after the 2016/17 season ended, and you are left with three names: Tony Mowbray, Aidy Bothroyd and Dave Jones. All have several things in common; they all brought up their teams from the second flight; they all spent very little in comparison with their rivals; they all went straight back down without too much of a fight. But they all kept their jobs because there was an acknowledgement from both fans and directors that they had finished the season exactly as predicted. They had longed for a fairytale but could find only non-fiction on the shelf.

Mowbray left West Brom soon after relegation for Celtic and Baggies fans wore masks bearing his industrial face at his final game to show their gratitude, while the majority of Watford and Wolves fans had no qualms about embarking on another promotion campaign under Bothroyd and Jones. Neither were successful but then neither had the aura of Farke, who has somehow emerged from a season in which Norwich have only ever briefly threatened to survive with his reputation enhanced.

There’s no doubt which of the three promoted clubs has had the finest season, but the Blades have broken their transfer record four times. Their incredible success has been built on continuity rather than cash but there have been key goals scored by Oli McBurnie and Lys Mousset, both of whom cost more than Norwich have spent in total. Meanwhile, Aston Villa have signed 12 players who cost more than Norwich’s League One left-back, and they have borrowed players from AC Milan and Chelsea. That’s why Dean Smith is under pressure and Daniel Farke absolutely is not.

Bizarrely, the real question will be whether Norwich can keep hold of Farke if they are relegated, with clubs in Germany eyeing him just as they were eyeing David Wagner even as the Terriers tumbled. Norwich’s advantage is clearly familiarity but can Farke rouse himself to build another team when he inevitably loses Max Aarons, Todd Cantwell and Emiliano Buendia this summer? It really does appear so, with Farke saying in February: “I’m proud to work for this club and no-one needs to be concerned about my future.

“I have this feeling I am totally at the right club at the moment and I feel honoured and blessed to be allowed to work for this amazing club. There could be some coaches who judge their own career by money, success or titles but to work at a place with so much unity and people who put their heart and soul into it is better than being the 24th coach in the history of a club to win the 147th title.”

Those are words that you are unlikely to hear from any other coach at any other football club and they really should be sweet music to the ears of Norwich fans as they enter the final straight in a season which has brought plentiful woe but also pride. They could yet survive – victory over Southampton will leave them just three points from safety, after all – but if they start next season in the Championship with Farke (and crucially Stuart Webber) then that might actually be preferable to Premier League football under a different manager.