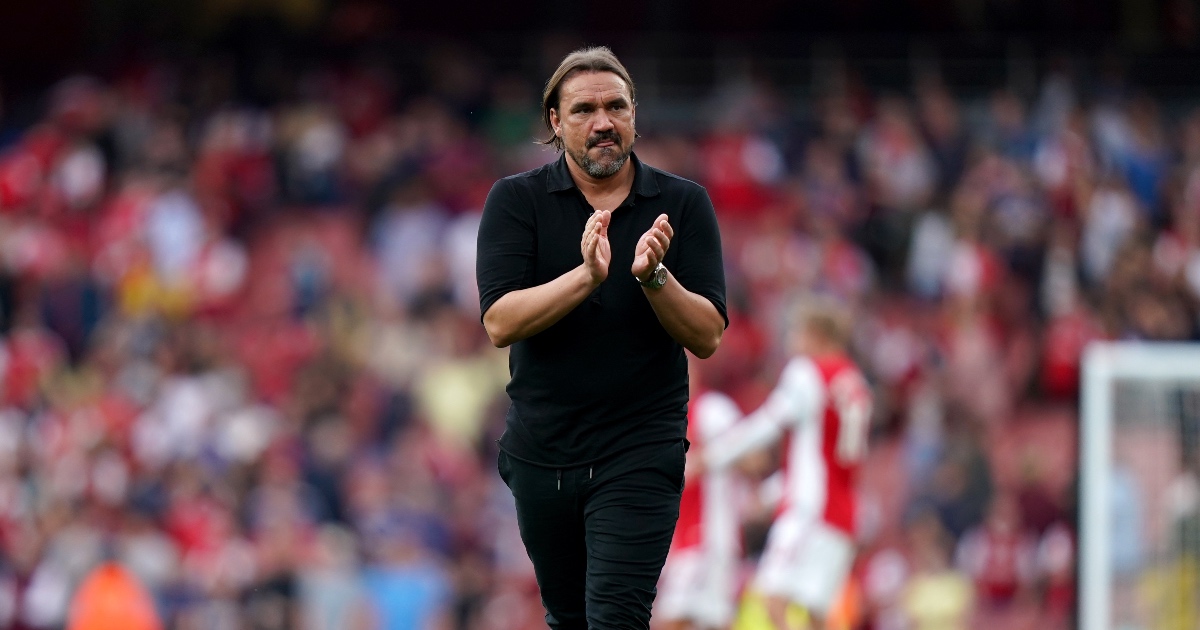 Norwich boss Daniel Farke will not “bury his players alive” as the Canaries aim to get their season on track with victory over Liverpool in the Carabao Cup.

The Canaries have lost their opening five Premier League games of the campaign and sit rock bottom of the table.

Norwich had a tough start to life back in the top flight, losing to the Reds, Manchester City, Leicester and Arsenal in their first four games.

Defeat at home to newly-promoted Watford last time out was a more difficult pill to swallow for Farke – whose side were booed off – but he is backing his young squad to bounce back.

“Let’s be honest, the first game that really mattered was our home game against Watford,” he said.

“Yes, we lost this game and of course this was a setback and we are at the moment if we’re really honest three points behind our plan – that’s not great.

“We’re not overly happy with it but it also doesn’t mean that we that we are relegated – so you always want to stay balanced, be self-critical and to be honest and we analyse this and we definitely have to focus, especially our defending of our own goal because we’ve conceded too many goals so far.

“It’s also important that at this moment I don’t punish my players too much, and I’m backing them, and then also to be critical and speak about what we have to improve.

One bright spark for Norwich to date was the 6-0 thrashing they dished out to Championship high-flyers Bournemouth in round two of the Carabao Cup.

Farke has been pleased with cup displays in recent seasons, having reached the quarter-finals of the FA Cup two years ago only to lose to Manchester United in extra time.

“Tomorrow is a different competition we know that we are a cup team, we have proved this on different occasions in the last years,” he added.

“We want to be as successful as possible in the cup because the cup has the same value as the league, but of course there will be some changes and we need some fresh players on the pitch.

“There’s also no doubt about this but I also want to see some progress in terms of defending our own goal tomorrow, because it’s also a topic that we need to improve in order to win points at league level.

“Today we are already in a much better mood and also ready to go, it is a different competition and we also know that we are a cup team and we want to go to the next round against the big favourite in Liverpool.

“We know it’s a big, big ask but nevertheless, it’s a do-or-die game and we want to be there with a good result.”