Home All The News Farke: I wish Man City hadn’t lost to Spurs 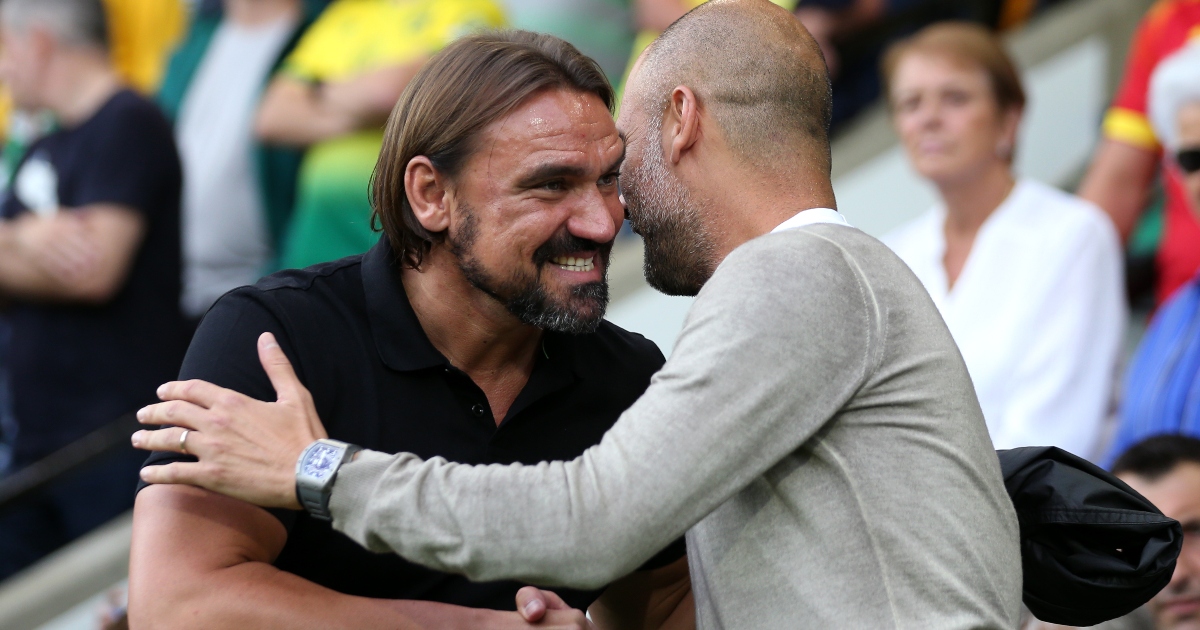 Norwich City boss Daniel Farke has admitted he “would have preferred” it had Manchester City not lost to Tottenham Hotspur last weekend as he fears the response from the Premier League champions on Saturday.

Norwich have been assigned a difficult start to the campaign with fixtures against Man City, Leicester, and Arsenal following a 3-0 defeat to Liverpool in their opening game of the season.

Pep Guardiola’s men fell to a disappointing 1-0 away loss last week as Son Heung-min’s curling effort secured a spirited victory for the home side but they will no doubt be eager to atone for the defeat at the Etihad on Saturday, where they will be greeted by a full crowd for the first time since February 2020.

Farke, who oversaw a 3-2 victory against the reigning champions the last time Norwich were in the Premier League, is fearful of this, but retains hope that his team can “grind out a result”.

“The win over Manchester City two years ago did not guarantee us to stay in the league,” he told BBC Sport in his pre-match press conference.

“We are highly motivated for these games, but they will not define our season. We want to play with bravery and courage. We know we are not the favourite but we want to grind out a performance and a result.

“It is difficult to say we are on the same level as Manchester City and if you ask me honestly I would have preferred a different result for them at Tottenham.

“I think the first time they play in front of their fans they will be buzzing and they will be highly motivated to bounce back.

“I expect one of the best side in the world, with the best coach in the world. They will present the silverware from last season and the place will be buzzing. It will be one of the most difficult tasks in world football.”

He insists, however, that his side will stand up to the challenge.

“We have worked hard to be competitive against these teams. Liverpool and Manchester City is a tough start and we had problems with our pre-season.

“So it is probably the two toughest games you have in world football, but we don’t complain because we want to have these games.”