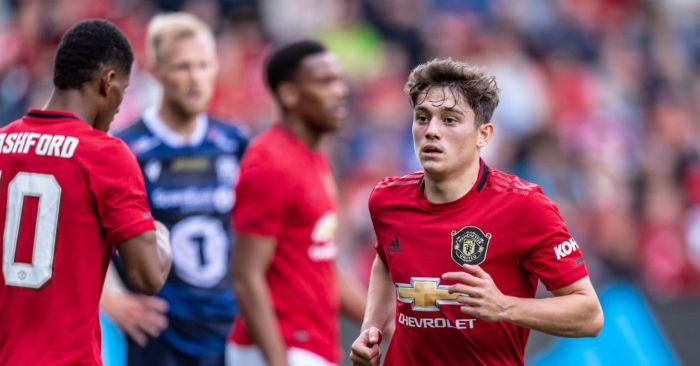 The Young Player of the Year market is a treat. Trent Alexander-Arnold is the clear favourite but even he is as long as 7/1 in places. But go back over the last seven winners and a pattern emerges (no, not that they’re all young): Gareth Bale, Eden Hazard, Harry Kane, Dele Alli, Dele Alli, Leroy Sane, Raheem Sterling. Each winner was playing for a member of the Big Six and all of them were attacking players. I’m happy to overlook Alexander-Arnold on that basis.

Alli is still available and worth considering, as is Marcus Rashford, the second favourite. Third and fourth on the market are Sane and Gabriel Jesus, but there are enough concerns about their potential for starting games on the bench to dissuade.

Next in the market comes Christian Pulisic, and that’s where I’m sticking. Hazard’s departure leaves a massive hole in Chelsea’s attack, and injuries to Callum Hudson-Odoi and Ruben Loftus-Cheek only increase the onus on Pulisic to hit the ground running. It’s by no means guaranteed that the American thrives from the get-go, but the transfer fee dictates that he’ll get the chance.

However, there is a fly in the ointment with Pulisic. The history of YPOTY winners show a clear domestic bias. Nine of the last 11 winners have been UK nationals, and 40 of 46 in total. With that in mind, I like a speculative push on Daniel James. The young winger probably won’t start the season in United’s first-choice XI, but Ole Gunnar Solskjaer has demonstrated that he is prepared to put faith in youth. If James hits the ground running and establishes himself in the side, that price will come down quickly.

OK, I know what you’re thinking. Manchester United were poor at the back last season and Liverpool and Manchester City have improved inordinately over the last two years. But then that’s why both Alisson and Ederson are priced at 6/4 and under with every bookmaker; no value there.

Is De Gea likely to challenge either of them? Probably not. But should he priced at 50/1? Also no. He has two new defenders signed for fees of £140m and struggled for form last season. Surely the Spaniard won’t be as bad again in 2019/20. And De Gea did win this award two years ago.

This market is also complicated this season by the introduction of VAR. We should expect more penalties to be awarded and defenders to be slightly less physical in the penalty area, both potentially increasing the number of goals conceded.

Sheffield United to be the lowest-scoring team – 7/2

It’s hardly groundbreaking stuff to reveal that the Premier League’s lowest-scoring team usually goes down, so rather than picking a team to go down at short odds, stick to this market.

Last season, Sheffield United scored 78 goals in 46 Championship matches, 15 fewer than champions Norwich. Chris Wilder was under no illusion that he needed to add firepower, but whether £30m on Lys Mousset and Oli McBurnie is an emphatic enough answer is open to serious scrutiny. Odds of 7/2, even for the favourite in the market, are too good to turn down.

There is precious little obvious value in the Golden Boot market, even with four places each way. The top four in the market (Kane, Salah, Aubameyang and Aguero) are all 8/1 or shorter across the board. But it might be worth taking a chance on Vardy at the price, who did finish fifth in the Golden Boot rankings last season.

More importantly, he now has a full season of Brendan Rodgers as his manager having clearly lost his mojo under Claude Puel. Vardy scored 18 times in the Premier League last season, but ten of those came in the 11 matches since Rodgers’ appointment. With Youri Tielemans arriving permanently and Ayoze Perez there to provide support, Vardy could easily get 20 goals and thus have a fighting chance of each-way money.

This one is purely on the odds. Martial struggled for form through much of last season, but he was still the club’s joint-third highest league goalscorer, behind Paul Pogba (doubts there) and Romelu Lukaku (pretty much gone). The previous season Martial was second.

So quotes of 14/1 on Martial being their top goalscorer this season just don’t add up, especially if United fail to get the rumoured attacking targets over the line. Rashford is available at 6/4, Pogba and Lukaku are around 9/4 and then there’s a huge leap to Martial for no good reason.

Man City, Liverpool, Tottenham and Man United to finish in the top four in any order – 7/2

Because that’s who I think will finish in the top four. It’s an easy game, this.