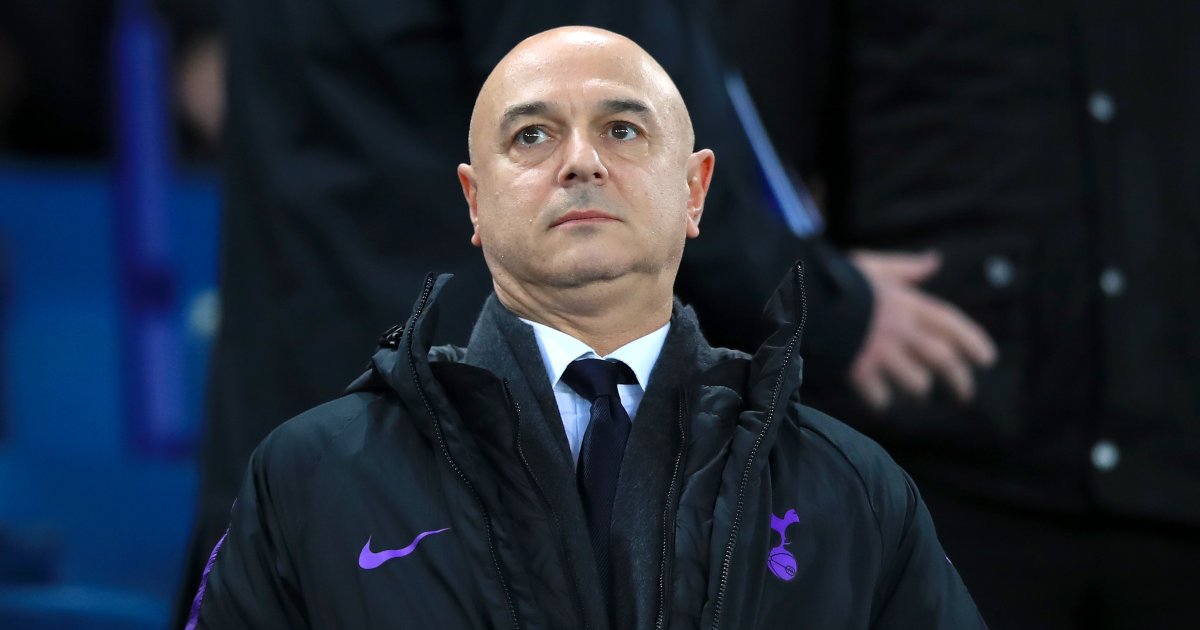 Daniel Levy might just be the most unpopular man inside St James’ Park this weekend.

Major life events can evoke major emotions. Weddings, funerals, friends having children; they are often times that lead to introspection. ‘Am I making the most of life?’ ‘Should I be doing something different?’

Last week, there was one of these moments in the world of football. The purchase of Newcastle United by Saudi Arabia’s Public Investment Fund (PIF) seems a watershed moment for football and the Premier League in particular. There have been plenty of questionable owners of Premier League clubs, but this takeover has really highlighted the moral bankruptcy that exists both in the Premier League and in fanbases across the country.

Modern society often seems like a sociological experiment and the question of what an owner would have to have done not to be welcomed by supporters craving success for their club is apparently still being tested. Ignorance truly is bliss when your club no longer needs to worry about a wage structure.

From all the legitimate outrage of this deal, there is one particular group that it is difficult to sympathise with: the owners of the other 19 Premier League clubs. We have been told how ‘furious’ the other clubs are that the deal has been ratified by the Premier League. It may be an unfair assumption, but do we honestly feel that that fury is because of Saudi Arabia’s horrific human rights record or because there is another team that will be challenging for Champions League places and pushing up prices in the market?

It is unsurprising to see the ‘Big Six’ at the forefront of the indignation. This is, of course the same six clubs that tried to organise a breakaway league that would have negatively impacted football at all levels last season. The lack of self-awareness is almost admirable.

Levy has always polarised opinion amongst his own supporters, but in the last few years it has been more and more difficult to find those that remain in his corner. It was almost poetic that on the same day that the Newcastle deal was announced he was rejecting the opportunity to discuss his strategy with the Tottenham Hotspur Supporters Trust (THST).

Levy is notoriously single-minded and it is undeniable that his stewardship of Tottenham has had some significant highlights. The infrastructure at the club has been transformed since ENIC purchased the club in 2000. The training ground is widely regarded as one of the best in Europe and the magnificent Tottenham Hotspur Stadium is a testament to Levy’s work ethic and attention to detail. On the pitch, Tottenham have been dragged from perennial mid-table mediocrity to a Champions League final.

But in the last few years, the lack of first-team progress and a series of public relations disasters have broken the bond with Levy and all but his most ardent supporters. In 2018, Levy presided over a season without making a single addition to the first-team squad. It was a squad that was flourishing under the tutelage of one of the most progressive coaches in the country and seemingly the only attempt to sign a player was the botched move to recruit Jack Grealish from Aston Villa on the cheap.

It was a miracle of coaching that somehow got Tottenham to their only Champions League final and the lack of squad depth was evident when a half-fit Harry Kane was brought back from injury to lead the line. The following summer a belated attempt was made to refresh the squad, but it was too late and Mauricio Pochettino paid with his job after a disappointing start. The opportunity for sustained success had been lost.

That Levy thought that Jose Mourinho was still a cheat code for success illustrates the poor decision-making that has become a common theme of his recent leadership. Mourinho was seen as a last throw of the dice for Levy and anyone that watched the excellent ‘All or Nothing’ documentary will have seen the misplaced adulation that he somehow still had for a manager that had just sucked the life out of a club with a budget he has never been keen to compete with.

Then came the ESL debacle. This was an initiative that saw none of the founding members emerge with any credit, but Levy could not even bring himself to apologise, which served to exacerbate what was already a public relations disaster. Levy was very much the Dominic Cummings of the episode, his ‘regret’ clearly at being caught rather than acceptance that the concept was an affront to the rest of football.

This summer Levy presided over one of the most bizarre managerial searches the Premier League has seen. He made all the right noises about appointing someone with ‘Tottenham DNA’ and ended up resembling a randy teenager on their first night out, getting rejected by everyone he approached. That he ended up having to bring in Fabio Paritici to eventually hire someone that didn’t make his initial long-list highlights the lack of clarity of thinking that currently exists at the Tottenham Hotspur Stadium.

Levy clearly still has a great deal to offer Tottenham, with the recent Anthony Joshua fight and NFL fixture showcasing the wonderful stadium that he did so much to create. But, with another team now ready to spend the type of money that Levy has always been unwilling to spend, the time has come for Levy to step aside from his role of chairman for someone with fresh ideas on how to take the club forward. Someone who will unite the fanbase and act for the good of football, not just through self-interest.

The reaction to the inexplicable decision to allow this regime to purchase a football club seems a pivotal moment for football. If there is no appetite for change, the Premier League will continue to be used more and more as a vehicle for sportswashing. This is a time for action from people that really want change in the game, not chairmen and owners protecting their own interests.

It feels like destiny that Tottenham and Levy are travelling to Newcastle this weekend. He can expect a hostile reception from all corners of the ground, including from his own supporters. For most people, such a reaction would prompt some introspection. But this is the Premier League and this is Daniel Levy, where mirrors doesn’t seem to work in quite the way they are designed.