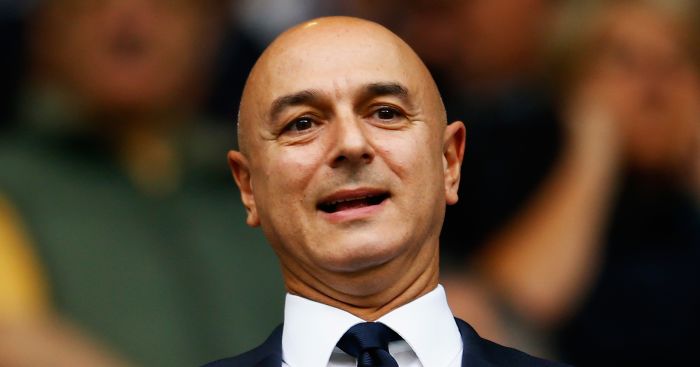 Spurs chairman Daniel Levy is “driving” a deal to re-sign Real Madrid winger Gareth Bale and not manager Jose Mourinho, according to The Athletic.

The Welshman is understood to be keen on a move back to the north London club as Spurs began discussions earlier this week to bring him back.

He left Spurs in 2013 for a then-world record fee and all three parties are keen for the move to happen, with the Daily Mail reporting the deal is already done.

OPINION: Not even Jose Mourinho could harsh Spurs’ Bale buzz

On Wednesday, ESPN said that Mourinho had ‘sanctioned Tottenham’s attempt to re-sign’ Bale ‘despite being warned by former Real Madrid associates’ that he could struggle on his return to the Premier League.

And now a report in The Athletic adds that Levy’s ‘soft spot’ for Bale is a driving force behind the deal the Real Madrid winger.

Reporter Jack Pitt-Brooke says: ‘This move is understood to have come from Daniel Levy rather than Jose Mourinho, and it is the Tottenham chairman who ultimately makes the decisions about transfers, despite what the head coach would prefer.’

Meanwhile, another journalist Charlie Eccleshare adds: ‘It is Levy driving this deal. “Daniel has a soft spot for Bale, always has,” says one source, adding: “But nobody would say no to Bale.”

‘Anecdotally, it’s amazing to hear the awe with which people at Spurs still speak about the player, especially when reflecting on things such as the 2010-11 run in the Champions League. You do get the feeling that it would give everyone a big lift.

‘One source said that, given the relative lack of characters in the dressing room, Bale’s experience and the respect he commands could make a big difference and key players would welcome the move. The Welshman remains a huge name and, at his best, a talent worthy of Spurs’ new £1 billion home, that’s for sure.’