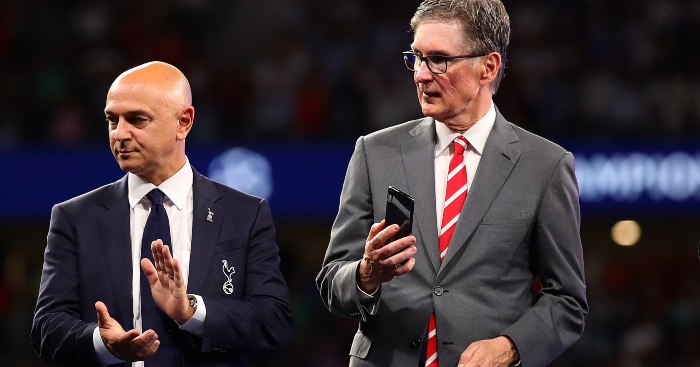 Daniel Levy has broad shoulders. That’s a virtue in most walks of life, particularly if you are blessed/cursed with power, profile and plenty of public criticism.

But right now they might also be a hindrance. While they presumably allow Levy to withstand the fierce, unrelenting anger he’s provoked by furloughing over 40% of Tottenham’s non-playing staff, they might also be preventing him from taking conciliatory steps, or at least further justifying his position.

It’s rare that a club undertakes a course of action which compels their own supporters to recoil, but that’s increasingly the case. Whereas public and press pressure coerced Liverpool into a quick, about-turn, Spurs show no sign of backing off from their position and unfortunately, in this climate, that’s difficult for even the most partisan supporter to justify or accept.

But there are two separate issues here. The first is whether Tottenham were right or wrong to furlough their non-playing staff.

Superficially, there’s an easy answer. It’s simple to look at the club’s extravagant profit, the wealth of their assets, and to conclude that guaranteeing the wages of some of their lowest-paid staff shouldn’t have forced them to reach into the public’s pocket.

The club would presumably respond by saying that they have lost a vast amount of income and that their situation is likely to worsen. The potential implications of an entirely cancelled Premier League season remain in play, as does the prospect of rebates to television companies and – as a worst-case scenario – even penalty clauses lurking within commercial contracts.

Those aren’t points that we like hearing or that we’ve got much time for, but they’re economically rational and have to be heard. Heard and put into context. As a broader point, football is keen to stress that its wealth is relative and that the public should be turning its guns on more affluent industries first.

There’s certainly some truth to that, but it’s a disingenuous perspective which reduces a club to its cash flow. It also feigns a financial impotence which just doesn’t exist, separating the club from its owner and denying the clear facility it has to pay its staff without relying on government subsidy.

Like their Premier League peers, Tottenham are not able to unilaterally impose wage cuts on their players, but the aesthetic of a first-team squad on full pay remains very difficult to ignore, adding a further strand of detail to an already opaque situation.

The second issue within this saga is much less ambiguous, though.

Did Tottenham head down this path at the right time and did they announce their intention to furlough in the right way?

The answer to both – clearly – is that they did not.

In response to the club’s initial announcement, the Tottenham Hotspur Supporters’ Trust (THST) gave their reaction, decrying the optics of releasing such a statement on the same day that a very flattering set of financial results were also published. They also, reasonably, questioned the club’s need to use public money and criticised their failure to enact other, more palatable measures first.

In the days since, the situation has changed. Both Manchester clubs have confirmed that they will be paying their staff in full and Liverpool have corrected their course.

Speaking to Football365, the co-chairs of THST expressed concerns and frustrations many of the supporters share and which, as a result of developments elsewhere, are becoming more pronounced.

“It might not be fair, but the fact is people do judge football differently because of the profile it has,” said Martin Cloake. “We’ve never seen fans so angry, partly because of the huge damage to the club’s reputation, but mainly because this just looks like the wrong thing to do.

“That’s why we would like to have seen the highest earners at the club – owners, directors and players – ensure the staff didn’t have to take a hit at least for the first month,” added Kat Law. “That would have given the club time to explore the implications of various options, and it would have protected those most exposed.”

Both emphasise the point that, in such extraordinary circumstances, it would be foolish to rule any options out. Jobs and livelihoods are at stake, as well as the reputation of a football club. But the two things are clearly connected and a balance has to be found.

“The very clear message fans are sending is that this is not how they want to see their club behave,” says Cloake.

The anger continues to burn and Spurs are being urged from all sides to alter their stance before their reputation is irreversibly damaged.

While we’re all fuming at the club, let’s remember that Daniel Levy is NOT Tottenham Hotspur.

Joe Lewis is NOT Tottenham Hotspur.

We are, and we’ll be here long after they’ve gone.

That’s not hyperbole. In this instance, Levy’s capacity to withstand withering criticism is a tremendous weakness. The prevailing belief appears to be that this is just another issue which will blow over and that, as and when football returns properly, the memory of how individual clubs have handled this crisis will be just be washed away by the waves of relief.

But that seems unrealistic. More likely, Spurs will be this club for many years after. It’ll be recalled that when the country was in peril and the population was at its most vulnerable, they were at the head of the line, dressed to the nines but with cap in hand. It’s something opposition supporters will sing about for a generation. Season after season, to the tune of Sloop John B.

That is the social implication. Levy may not care for any of the personal criticism, he may be completely unmoved by it, but he risks turning his club into a pariah – and that’s not his right.

Herein lies the difference between football clubs and other businesses that are under the microscope. Nobody has any significant affection for Wetherspoons or SportsDirect. How they behave on the high street bears no relation to those who pass through their doors – or, at least, those people retain the option to drink and shop somewhere else, recusing themselves of any association.

In football that’s not the case; supporters are compelled by something far deeper than simple brand loyalty. A club has specific values and symbolisms that they share, and tampering with either is a grievous assault on their culture; that is the danger Tottenham are flirting with.

In the past, Daniel Levy has referred to himself as a custodian. Several times, in fact. But a custodian should tread lightly. He can impose change on the day-to-day mechanics and the infrastructural facia, but never the ideological framework. The risk now, though, is that Levy becomes the architect of exactly that kind of change and that he inadvertently weaves a new synonym into the shirt and alters what the club stands for.