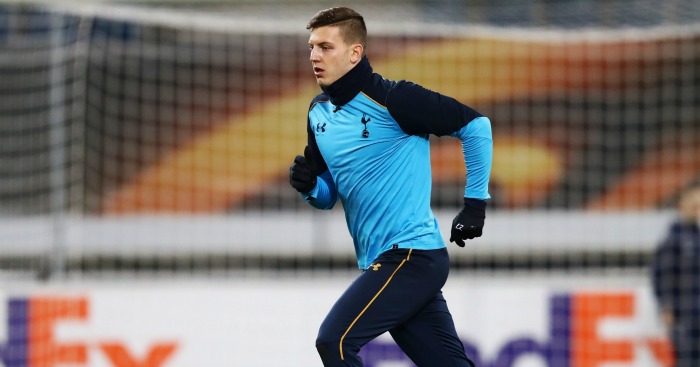 The Daily Telegraph claim that Wimmer is now in talks with the Baggies after interest from Crystal Palace and Stoke City amounted to little.

Wimmer joined Tottenham for less than £5m in 2015 so they have trebled their money on a player who is patently not part of Mauricio Pochettino’s plans.

It is thought that Spurs are edging closer to buying Davinson Sanchez from Ajax, while the purchase of Wimmer should bring West Brom’s interest in Middlesbrough’s Ben Gibson to a close.

Wimmer’s arrival does not mean that West Brom are willing to budge on Jonny Evans, having turned down an £18m bid from Manchester City for the Northern Irishman.

The Telegraph report: ‘Albion remain adamant that Evans is not for sale and the club is hopeful of persuading their club captain to sign a new contract worth over £80,000 a week.’