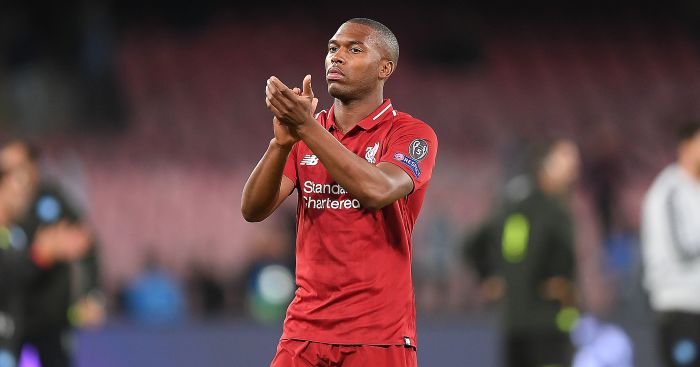 Sheff Utd have been linked with a move for Chelsea and Liverpool striker Daniel Sturridge, according to a report.

The Blades are on the hunt for a striker to bolster their attacking options in the 2020/21 season.

The injury to striker Lys Mousset has left manager Chris Wilder with limited options up front.

FEATURE: Cases for and against sacking five favourites for the chop

And now they’ve been linked with a move for Sturridge, according to the Daily Mail.

Sturridge is currently a free agent after leaving Turkish side Trabzonspor earlier this year. The 31-year-old has been trying to keep match fit by hiring a personal trainer and playing with local side Kidsgrove Athletic.

Sturridge scored over 50 goals for Liverpool between 2013 and 2019. He’s also played for Chelsea, Man City and West Brom during his career.

It’s thought that the Englishman could still do a decent job in the Premier League if he can stay fully fit. His career has been plagued by injuries in the past.

Blades boss Chris Wilder has been vocal about his search for a striker. He said recently: “I have consistently said right the way through that at the top of the pitch we need to improve and that doesn’t change.

“I am sure the board share my desire to get one of these deals done. I have said all along in board meetings why we need to do it.

“I believe that they do want to improve and do want to fill that spot with a player.”

Sheff Utd are also in talks to sign Rhian Brewster from Liverpool. The 20-year-old is thought to be keen on a move to Bramall Lane, although the two clubs are yet to agree on a deal.

Another forward alternative for Sheff Utd is Arsenal’s Folarin Balogun. However, Wilder had a £3 million bid rejected by the Gunners recently for the youngster.