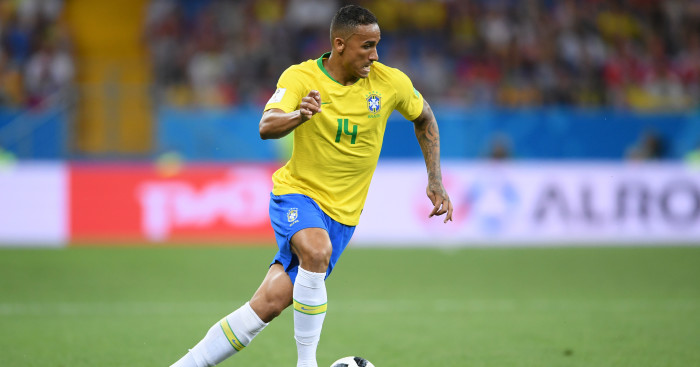 Brazil’s Danilo has been ruled out of the rest of the World Cup with an ankle injury.

The Manchester City right-back, who played 90 minutes in his side’s opening game against Switzerland, sprained ligaments in his left ankle in training on Thursday.

Danilo will not recover in time to feature for Brazil, who face Belgium in Friday’s quarter-final, again in Russia, but he will remain with the squad as they aim to secure a sixth World Cup.

A thigh injury had kept Danilo out since the Switzerland game, with Corinthians right-back Fagner taking his place.

Danilo had himself come into the tournament as an injury replacement for PSG’s Dani Alves.