Home Chelsea Prick of the Week No. 13: Danny Drinkwater booting a child 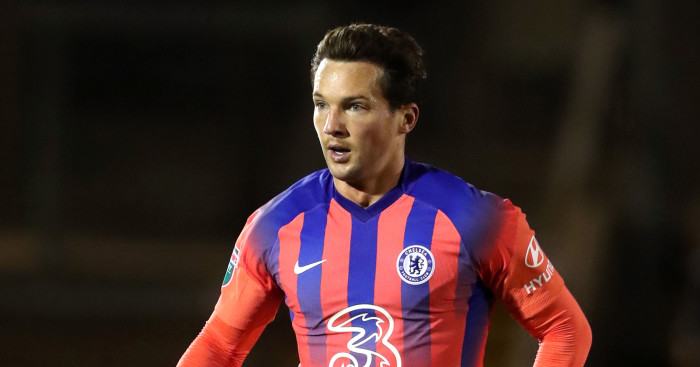 Can’t lie, we were struggling a little bit this week. The Premier League weekend threw up lots of gloriously strange weirdness and what was either the most boring Big Six clash of all time or the most boring Big Six clash since October, but little in the way of overt prickery from suspects usual or unusual. But sometimes there’s a man… I won’t say a hero, ‘cos, what’s a hero? Sometimes, there’s a man, well, he’s the man for his time and place. He fits right in there. And that’s Danny Drinkwater, playing for Chelsea’s Under-23s, hoofing a 16-year-old up in the air.

So who’s this week’s prick then?
Actual Premier League winner Danny Drinkwater, who now finds himself playing for Chelsea’s Under-23s and on the receiving end of astonishing reducers from teenagers. On this occasion, it all got a bit much for him.

What’s he done?
Booted 16-year-old Tottenham starlet Alfie Devine up in the air in an Under-23s game. Basically what’s happened is that, in unprecedented scenes for any match between Tottenham and Chelsea, the Spurs youngsters have blown a two-goal lead and are now busy booting Chelsea players around the pitch. On a serious note, great to see a young Spurs side lead 2-0 at half-time only to lose 3-2. It’s always pleasing when you can see a clear ethos, a demonstrable brand and philosophy, running through a club from the kids right up to the first team. One in the eye for those who said all that sort of stuff would fall by the wayside under Mourinho.

Anyway, back to matters at hand. Young Alfie Devine absolutely scythes Drinkwater down in cartoonishly despicable fashion. It is a tackle that in most cases you could describe as “potentially career-ending” but in this instance, well, you can all finish that joke off by yourselves. Drinkwater does not take kindly to this harmless bit of youthful over-exuberance and promptly boots the offending child up in the air. Both are quite rightly sent off, but not before a 15-man melee erupts in which the real hero of the piece emerges in the form of another teenager, Chelsea’s Myles Peart-Harris, who collects the ball and calmly basketballs it into the throng of furious bodies. That lad will go far (in less important news, he’d also come on when Chelsea were 2-0 down, had already scored a penalty and would go on to score the 88th-minute winner).

Meanwhile, 73-year-old goalkeeper Petr Cech watches all the nonsense unfold from his goal – did we not mention Cech was playing? Yeah, he was playing – before eventually sighing and wearily dragging himself over towards the unfolding nonsense with some of the most powerful “I’m too old for this sh*t” energy we’ve ever witnessed.

All of this great #content takes place within the first 20 seconds of this video. What a sport this is.

Any previous?
It’s genuinely so long since we’ve seen Drinkwater that we can’t even remember if this is out of character or not. Where does he play? Midfield or some such thing, is it? This does appear to be his first red card since Leicester’s title-winning season, but the obvious if mean caveat is that he hasn’t played all that much football in the four years since. Certainly, we can find no previous evidence of Drinkwater hoofing children up in the air.

Mitigation?
It was a really, really, really bad tackle. You’re already a 30-year-old Premier League winner playing with and against a load of teenagers. You don’t need that extra layer of blatant disrespect.

So what happens next?
The fear for Drinkwater has to be that this sort of incident will leave him a forgotten outcast at Chelsea and unwanted by other football clubs. Hope not, hope not.

Mourinho Corner
Quiet week for the patron saint of this column really. Tried to sit on a 1-0 lead at Crystal Palace, which was low-key prickery I guess, but it’s small beer for the big man.

Dishonourable Mentions
Absolutely Everyone In The Entire World (very much us included) for relegating Fulham before a ball was kicked; Is Sheffield United absolutely twatting Spurs and Chelsea back-to-back in July and then taking one point from their next 15 Premier League games the work of a prick? Don’t know, but it’s definitely something; Patrice Evra absolutely stitching Thierry Henry right up on live television was also definitely something.

danny drinkwater prick of the week