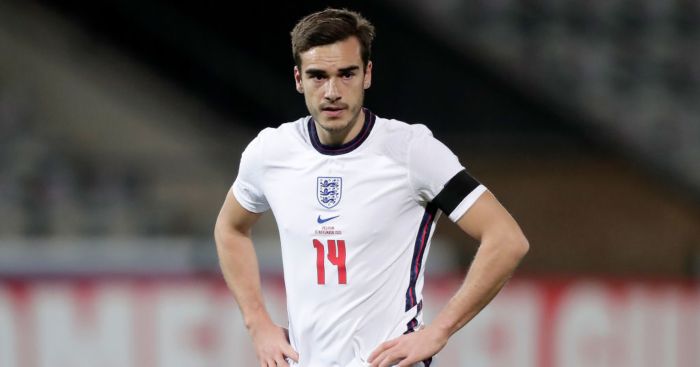 Danny Mills thinks Harry Winks should leave Tottenham in search of regular action if he still has “England aspirations”.

Winks has only started three of Spurs’ eight Premier League matches so far this season, while he has played in three matches for England this term.

Summer signing Pierre-Emile Hojbjerg has seen Winks slide down the pecking order under Jose Mourinho at Tottenham and the 24-year-old admitted recently that he needed to play more at Spurs to stay in the England side.

JOHNNY NIC: Why do we have a hate-f*** relationship with England?

Winks said: “Definitely, my situation at Tottenham is difficult at the moment.

“But, yes, it’s important that back at Tottenham I get the opportunities there and I stay in the team there as well.”

And speaking to talkSPORT, Mills reckons Winks could have to “bite the bullet” and leave Tottenham for the good his international career.

Mills said: “He’s never really established himself as a starter, as a first name on the team sheet.

“He’s had spells, he’s had runs in the team where he’s done very, very well, but he always seems to be eclipsed by somebody else when they come in.

“Coming through the ranks, he’s been there a long time, maybe he needs that fresh challenge.

“Is it too different to what Dele Alli is going through? If the manager doesn’t fancy you, then sometimes you just have to accept that, bite the bullet, move on and look for a fresh challenge.

“Harry Winks is a great player, he’s very, very good and I’m sure he’ll have a lot of options. But he needs to be playing.

“If he’s still got England aspirations, which I’m sure he has, he needs to be playing regularly week in, week out.”