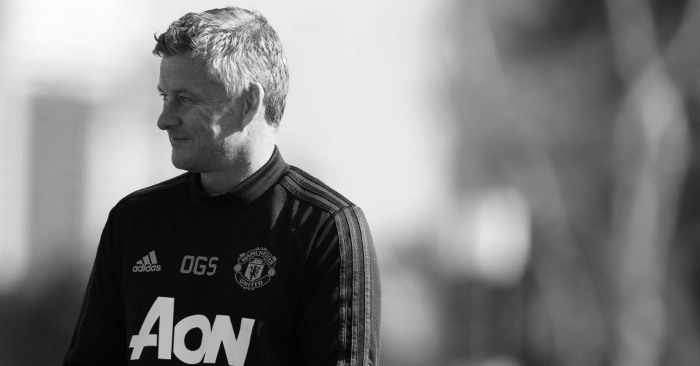 Trendsetters
At 10am on Wednesday morning, the following hot topics were ‘trending’ in the UK on Twitter:

😀 thinks Mediawatch, before jumping on the bandwagon…

Then Paddy Power did a #banter with the Huddersfield Town kit, leaving us wondering what the f*** Danny Mills had been saying on TalkSPORT.

So this is Danny Mills on Gary Cahill:

“He wasn’t quite as good nor did he have quite the presence of John Terry – but he’s not too far behind that.

“You think: ‘If we want somebody to come in, to play two thirds of the games next season…’

“Everything he brings about him…that professionalism, that experience, how players can learn from him on and off the pitch; all those types of things he can add to the football club.

“And he’ll just want to play and be part of it. It’s a no-brainer to take him.

“Why the likes of Arsenal – even Manchester United – haven’t, I don’t know!”

Well, we do! It’s because he has not started a Premier League game since May 2018. The outgoing Chelsea manager Maurizio Sarri did not leave Gary Cahill out of his Chelsea plans out of spite or some bizarre prejudice against people from the Midlands.

You, Danny Mills, have literally no idea how good Gary Cahill is right now. None at all. All you know is that he is English and has played a lot of games and he has been a captain. Apparently that makes his signing for two of the biggest clubs in England a ‘no-brainer’. For shame.

Let’s move on to Tottenham defender Kieran Trippier and the possibility of him joining Atletico Madrid:

“It may be a difficult move for him. He’s going to have to make it work or he’s going to slip off the radar.”

Yep. Really ease to ‘slip off the radar’ at a club that has reached two Champions League finals in the last five years. Has anybody ever really even heard of Spain?

And finally, here is Danny Mills on Newcastle United and Steve Bruce:

“I think it’s a safe appointment, and it’s probably what they need right now.

“Could they really gamble like Derby have on Phillip Cocu, or someone like that? Mike Ashley is not going to do that.

“They have 55,000 people turn up every single game, the fans are fanatical, but that doesn’t give you any divine right to be in the top six – you’ve got to do it.

“You look at some of the, you can’t say smaller clubs, but some of the other clubs that have come through – look at what Bournemouth have done on small budgets, it can be done.

“I just think Newcastle fans’ expectations are too high.

“They’re not living on the past, but because of that history they hark back to the days when the likes of Shearer and Ginola and all those sorts of players were there and they were challenging for things – but it’s been a long, long time since that happened.”

We could go through this line by line, but why waste time when you can just say: What a load of utterly lazy bollocks.

‘BRENDAN RODGERS last night told both Manchester clubs: Cough up £80million for Harry  Maguire   –   or  forget it’ – The Sun, July 17.

Is the Maguire EXCLUSIVE those Brendan Rodgers quotes that have been repeated everywhere? You know. You know.

So let’s hear the details of this ‘Maguire swap’ being ‘plotted’ by United then? Here we go:

‘Manchester United will consider offering Phil Jones to Leicester in a bid to sign Harry Maguire, according to reports.

‘Ole Gunnar Solskjaer has made Maguire his priority target as he looks to address the club’s defensive frailties.

‘Leicester are holding out for around £80m though having already rejected a £65m bid for the England international.

‘But according to The Telegraph, Solskjaer is prepared to offer Jones to the Foxes to help convince them into doing business.’

Right. So let’s go to the Daily Telegraph. Or more specifically to one line in a piece published on the Telegraph website at 7.41am on Tuesday – over 24 hours before it became a ‘Transfer news LIVE’ update:

‘Solskjaer will listen to offers for Rojo, Bailly has been linked with a move away and Jones – who signed a new four-and-a-half year contract in February – has been touted as a potential makeweight in a deal for Maguire.’

Put away the bunting, United fans.

Hint hint
Ole Gunnar Solskjaer spoke to the press on Wednesday. He said an awful lot, but that still wasn’t enough for some, who needed to pretend that Solskjaer had ‘hinted’ at other things. Because ‘saying’ things gets no clicks; ‘hinting’ does.

This was a ‘hint’ so subtle that nobody else picked up on it. Because it didn’t exist.

Swoon
Mediawatch is hard pushed to pick its favourite extracts from ‘What Manchester United manager Solskjaer is like with journalists away from the cameras’ in the MEP but we narrowed it down to a top three, in no particular order:

1) ‘We are perched on a grandiose green velvet sofa which looks like it was donated by the production designer of Tony Montana’s opulent bathroom in Scarface. Despite the trickles across his forehead that he occasionally sweeps away, Solskjaer does not appear under pressure.’

2) ‘”Same old faces,” Solskjaer smiles as he nestles into an armchair facing the pack. Polite ‘thank yous are expressed for him sparing time for the daily reporters. “No worries,” Solskjaer says. “You’ve travelled a long way. Fair play. Long way still to travel as well.” It is a rarity for anyone abroad to declare any appreciation for travelling football reporters.’

3) ‘Whatever the form or mood during his seven months as United manager Solskjaer has a smile to, as his chant goes, make you happy when skies are grey. He is as sunny as the blue sky weather.’

Just give him a nosh, fella.

How did they get that out of him?