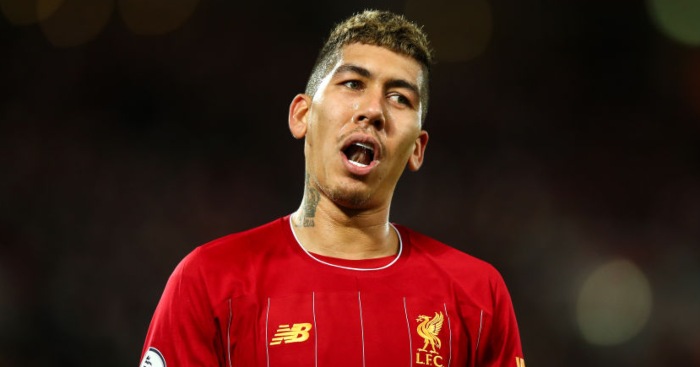 Former midfielder Danny Murphy thinks it would be possible for Liverpool to replace Roberto Firmino with Paris Saint-Germain’s Kylian Mbappe the perfect player to bring in.

Despite Sadio Mane and Mohamed Salah getting a lot of the plaudits for their goals and assists stats, Firmino has been a vital cog in Liverpool‘s machine that has raced 22 points clear at the top of the Premier League table.

The Brazilian has been linked with a £75m summer move to Bayern Munich and Murphy doesn’t think Firmino is irreplaceable.

“Van Dijk is the most irreplaceable one I think,” Murphy told talkSPORT.

“Could you get in another striker who gets in as many goals as Firmino? Yes. Would they make as many assists as Firmino and the cohesion of the team as good? Maybe not. But there are players out there.

“Firmino is a beautiful kind of complement for the Liverpool system and the way the two wingers play. As a three they’re tremendous aren’t they what they’ve achieved.

“Van Dijk is the most irreplaceable.” ✅

“Is he (Firmino) replaceable? Yes!”

“If Mbappe was playing up front with Mane and Salah that would be more scary.” 👍

“But if you were to say no one is like Firmino, he’s quite exceptional and unique and he’s a wonderful player – It’s a bit like when Kevin Keegan left, Kenny Dalglish came in. Luis Suarez left, “Oh my God who’s going to replace him?” And then you’ve got Mane, Salah and Firmino now.

“Firmino is well loved as Suarez was. Rush left Aldridge came in and scored goals. Football does move on. Is he replaceable? Yes. Anybody is. It would change the dynamic.

“If Liverpool were to lose Firmino and go and get Mbappe. Would that be a more scary front three? Would he complement the two as much? It’s a debate. Nobody can give me a fact.

“I think if Mbappe was playing up front with Mane and Salah then that would be more scary than Firmino, Salah and Mane. That’s just me. I’m not belittling what Firmino’s done, he’s a wonderful footballer.”