Home All The News Murphy: Why Jurgen Klopp ‘deserves a medal’ at Liverpool

Danny Murphy explains why Jurgen Klopp "deserves a medal" for an "absolute steal" this summer. 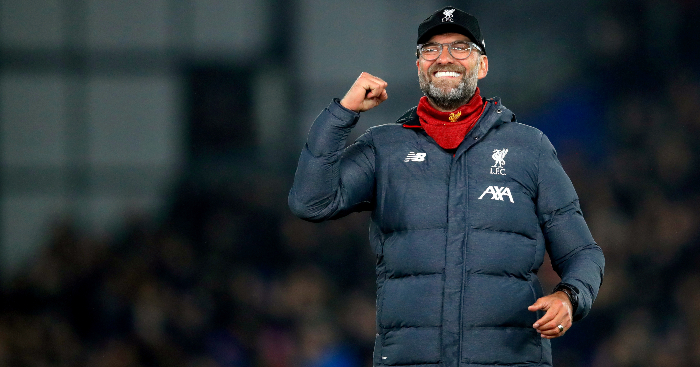 The former Liverpool midfielder says landing a player of his experience and skill is an “absolute steal”.

The Spaniard is yet to start a Premier League game for the Reds, but Murphy claims the 29-year-old will have an important part to play this season.

READ MORE: Five international stars who can’t get a game in the Premier League

He told the Football Index Podcast: “I think Thiago Alcantara is an unbelievable acquisition because he is one of the only players in Europe who could improve Liverpool’s midfield.

“Even at 29 years old, he will give Liverpool at least three or four years and it was a brilliant bit of business for the fee involved as well.

“I first watched Thiago at Barcelona and the game looked effortless for him. Thiago is a midfielder that can dictate the tempo of a match like [Paul] Scholes used to, and there aren’t many of them about.

“Thiago has the ability to always have time on the ball because of the movement he does to create space. He very rarely loses the ball when he is pressed because of his awareness.

“Thiago is an absolute steal at that price. Klopp deserves a medal for convincing him because the Liverpool fans are going to adore him.”

Thiago has taken in just 45 minutes of football for Liverpool so far, with that solitary outing coming off the bench in a 2-0 victory at Chelsea.

He has been stuck on the sidelines since then after contracting Covid-19, but has been given the all-clear to resume his Reds career and will be looking to figure in a derby date with Everton on Saturday as Klopp’s men seek to a shake a humbling 7-2 defeat against Aston Villa from their system.

Murphy added: “I think Liverpool are still favourites to win the title.

“Defensively Liverpool have been the best team for two years. Tactically they were all over the place against Aston Villa and a lot is being said about Liverpool now trying to play with a high defensive line, but they still have [Jordan] Henderson, Thiago, [Sadio] Mane and Alisson to come back into the team.

“Jurgen Klopp does not accept performances like the one against Aston Villa.

“There will be a consequence to the players if they continue to perform like that and he has the strength to freshen it up if needs be.”