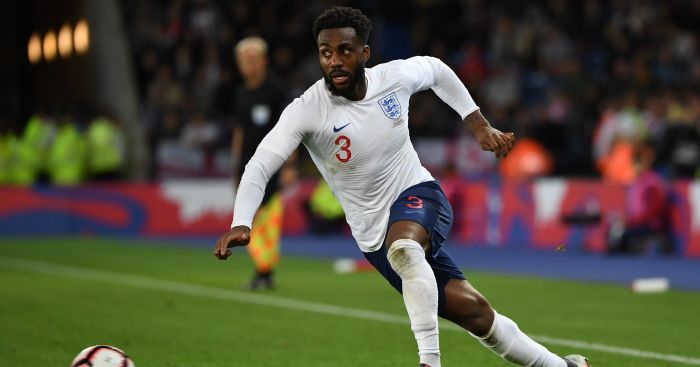 England international Danny Rose believes he is still in Gareth Southgate’s thoughts ahead of Euro 2020 after making his loan switch to Newcastle.

The full-back moved to Newcastle from Spurs on loan after finding himself surplus to Jose Mourinho’s plans in north London.

Southgate watched the 29-year-old – who started the autumn qualifiers against Bulgaria and the Czech Republic –  in Newcastle’s 0-0 Premier League draw with Burnley, and while Rose wished he had seen a different game, he is hopeful of earning a place in the Euros squad.

Rose told NUFC TV: “Over the last three or four years with England, the manager first and foremost, he wants everybody playing.

“But at the same time, he really, really respects and wants a good atmosphere and a good aura around the training camps, and that means a mix of youth and older players like myself and people who can help and are positive and can give advice.

“Obviously, I do need to be playing well, but it’s not just about performances when the manager is picking his squads because you could be on the road for four or five weeks, so it’s no good picking people who may be disruptive or stuff like that.

“I do feel confident that I’ll be selected, but I don’t think I’m just selected on performances. I do bring a lot to the camps and I know he realises that and I know he values that.

“I wish he’d picked a different game to come and watch. I messaged him after the game and we spoke a little bit and hopefully I’ll get to see him when the next camp gets announced.”

Rose has made six appearances for the Magpies including last Saturday’s crucial 1-0 win at Southampton which lifted them eight points clear of the relegation zone.

And the England international claims he is thriving under a “different type of pressure”.

He said: “No disrespect to anybody, but at my old team, I’d be looking out for the Manchester United results or the Chelsea results, Arsenal results, and now the first thing I’m doing is seeing if West Ham have won and teams like that.

“I have to say it is a different type of pressure, but it’s one I’m enjoying.”