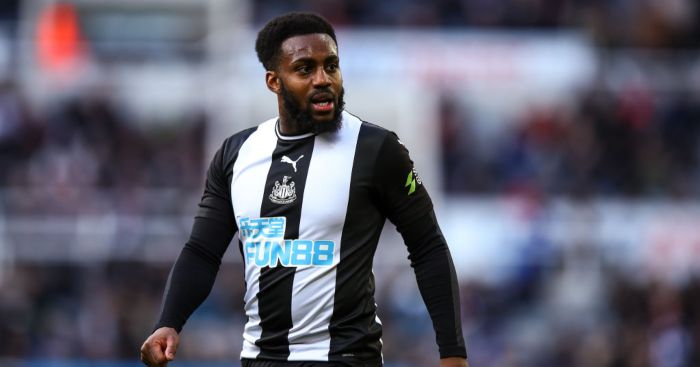 Newcastle United defender Danny Rose says Premier League players are being treated like “guinea pigs or lab rats” over the return of football.

The England international, who is on loan at Newcastle from Tottenham, has already been outspoken on the Premier League’s ‘Project Restart’ plan, saying he doesn’t “give a f*** about the nation’s morale”.

MEDIAWATCH: When ‘spies’ and ‘snoops’ try to stop spread of coronavirus…

Rose told The Lockdown Tactics podcast: “I’m dying to get back to football but just with the things that are happening right now, people are going through this coronavirus pandemic a lot worse than me, I don’t want to be complaining about everything.

“Just off the fact that people are suggesting we should go back to football, like we’re guinea pigs or lab rats.

“We’re going to experiment this phase and see if it works or not. I can just imagine people at home saying, ‘Well they earn that amount of money so they should be going back’.

“For stuff like that I think is it worth the hassle? I could be potentially risking my health for people’s entertainment and that’s not something I want to be involved in if I’m honest.”

On a conversation he had with Steve Bruce after his comments the other day, Rose added: “I didn’t think too much to it. I was having my breakfast the next day and then I saw Steve Bruce coming up on my phone. So I was like, ‘Oh no!’.

“I let it ring for about 30 seconds and then I thought I’d better answer this. So I went in another room and I spoke to him and he said I just need to word things a bit better if I’m going to do things like that.

“He explained the measures that they’re going to do to make things safe. Obviously I’ve seen the headlines and we, as footballers and people in the public, we have a platform.”