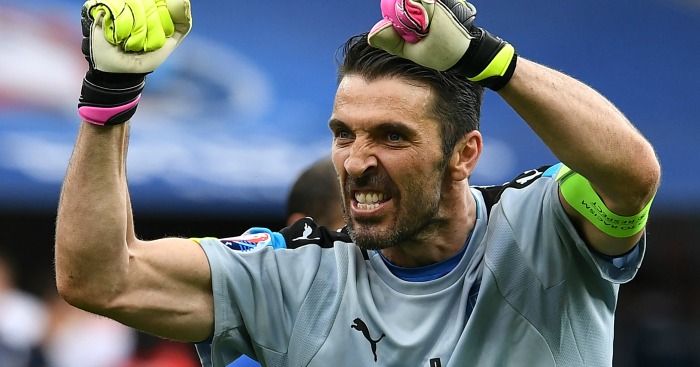 Matteo Darmian says Manchester United team-mate David De Gea is “one of the world’s best goalkeepers” – but Italy’s Gianluigi Buffon is the greatest of all time.

The Italy defender is preparing to meet De Gea at Euro 2016 on Monday when the Azzurri come up against Spain in the last 16.

De Gea has taken the No.1 spot from Iker Casillas, further cementing his status as one of the game’s best stoppers, but Darmian believes Buffon is the king of all keepers.

Darmian told Sport 360: “It’s great to play against David, he is one of the best goalkeepers in the world. Of course, it will be difficult to score, but we also have a great goalkeeper.

“They are two of the best goalkeepers in the world and, yes, there are similarities between David and Gigi [Buffon], for sure. But I think that Gianluigi Buffon is the best goalkeeper of all time. For me as a defender I feel very lucky to play with them.”