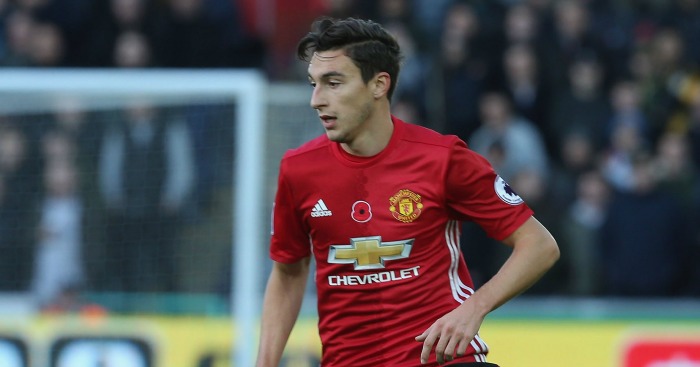 Matteo Darmian insists it is “too early” to suggest he will leave Manchester United in the January transfer window, amid reports Jose Mourinho has blocked a switch to Inter Milan.

United paid Torino £12.7 million to land Darmian in 2015, with the right-back going on to make 39 appearances in his debut season under Louis van Gaal.

However, the Italy international was expected to return to Serie A in January after falling out of favour with Mourinho, who has preferred Antonio Valencia.

According to Italian outlet Calciomercato, Darmian had agreed to join Inter Milan, only for Mourinho to block the move with Valencia now sidelined due to a fractured arm.

Darmian has appeared in United’s last three games, and when asked about his future, the 26-year-old replied: “Jose Mourinho wanted to cast me out? I’ve read things like that, but I don’t think it’s true.

“I keep going on my way, working to improve and give the coach a selection headache. I’m not thinking about the transfer window, it’s still too early.”