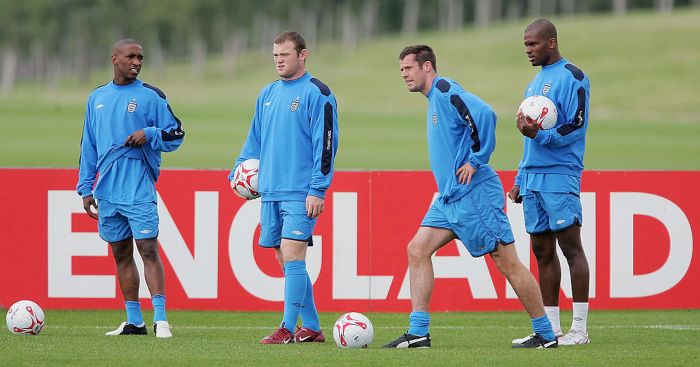 Darren Bent claims Jamie Carragher tried to persuade him to move to Liverpool during his time at Sunderland.

Bent, who won 13 caps for England, hit the ground running in his debut season for the Black Cats, bagging 24 Premier League goals in his first season.

That impressive record led t0 speculation that he could leave Wearside, only for him to eventually stay for another season.

MAILBOX: Klopp is about to perform his biggest coaching miracle…

However, Bent has revealed that former England team-mate Carragher spoke to him about joining Liverpool – but Bent never received a call from Rafa Benitez.

Bent told talkSPORT: “There was one particular time; I’d just finished my first season for Sunderland and it had gone really well.

“Jamie Carragher had a conversation [with me] about coming to Liverpool.

“It wasn’t a conversation like, ‘we need to get you there’, it was kind of like, ‘it would be good if you came, you did really well in your first season, you’re probably a little bit too expensive for us’.

“I was like, ‘bloody hell!’. It’s Liverpool Football Club, you’ve got to jump at the chance.

“I ended up staying at Sunderland, I didn’t go anywhere. Maybe Benitez didn’t see eye-to-eye with Carragher in the signing!

Responding to the story, Carragher tweeted:

Rafa asked me to ask him!
I’m no Michael Edwards!!