Home All The News Pundit: Man Utd ‘would get run all over’ if they signed Grealish

Man Utd "would get run all over" if they signed Grealish and played him with Pogba and Fernandes. 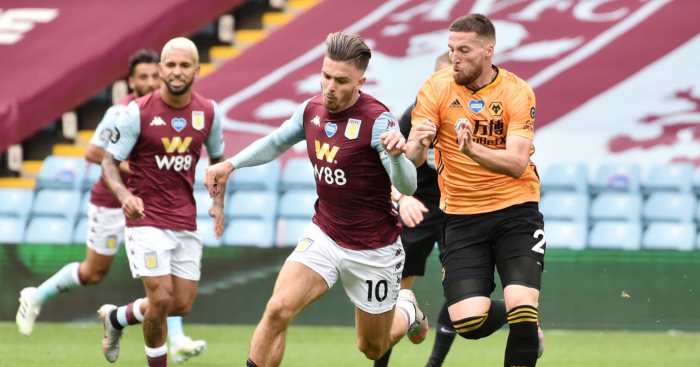 Man Utd “would get run all over” if they signed Jack Grealish and played him in a midfield three with Paul Pogba and Bruno Fernandes, according to Darren Bent.

The Aston Villa playmaker has been heavily linked with the Red Devils for much of the last year with Man Utd looking to strengthen their squad this summer.

Former Spurs boss Tim Sherwood recently claimed that Grealish’s proposed summer transfer to Old Trafford is “already done” – but Bent has urged Man Utd to reconsider signing the Villa captain as he doesn’t see where he would fit into Ole Gunnar Solskjaer’s side.

MAILBOX: De Bruyne as the new Zidane, Firmino is Heskey 2.0, and more mails…

Former Villa striker Bent told talkSPORT: “I can’t see him getting in that United team. Just because there’s no way on the planet United could have them three in the middle of the park – Fernandes, Pogba and Grealish because defensively they would get run all over.

“I just think, you look at their front three – Martial, Rashford and Greenwood – he is not going to get in up there.

“I am not quite sure United need him in midfield if I am honest. He has got all the ability but he is not going to take Fernandes’ spot or Pogba’s and you are not going to put him in there as well. Pogba doesn’t really want to play holding midfield.”