Home All The News Pundit: Poch waiting in the wings if Lampard slips up at Chelsea 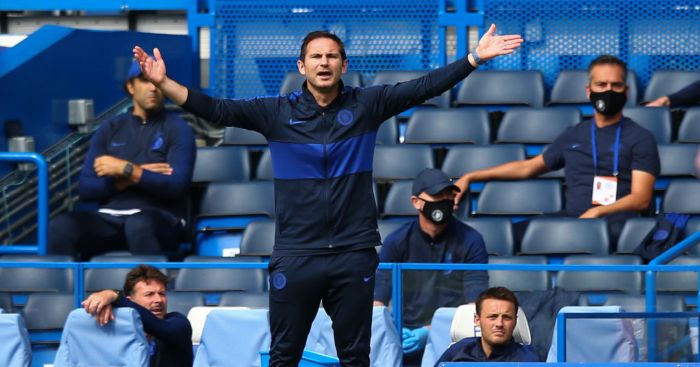 Frank Lampard must “deliver trophies” at Chelsea or former Spurs boss Mauricio Pochettino will be “waiting to go”, according to former England international Darren Bent.

The pressure has ramped up on Lampard over the summer following the arrival of a number of big names, including Timo Werner, Kai Havertz and Thiago Silva.

Chelsea have spent significantly more than any of their Premier League rivals, as they look to close a huge 33-point gap to Liverpool in a bid to challenge for the Premier League.

“The next step is trophies,” Bent told Goal. “He has got to deliver trophies as he has bought top players from around Europe.

“Chelsea had a free crack at them and after having a free hit year with a transfer embargo, it has ramped up the pressure twofold. Werner, [Hakim] Ziyech, Thiago Silva, Ben Chilwell and Havertz are all top players. They are luxuries for any manager in the positions they play.

“For me, he has got to deliver. My fear is that if they don’t get off to the best of starts, other great managers like Pochettino will be waiting to go in. I am pretty sure that most managers around the world would now quit where they were to manage this squad of players.”

On Lampard’s time at Derby County in 2018-19, Bent said:  “I think he did well at Derby but, ultimately, I think he should have been promoted with Harry Wilson, Mason Mount and Fikayo Tomori in the squad on loan. I honestly think they should have gone up and they didn’t.

“I am not overly convinced he did an amazing job. He did well but he didn’t deliver above and beyond. As far as giving him a platform to manage at Chelsea, he did well this year when no one gave them an opportunity to do it. You have to commend that.

“I am sure [current Derby boss] Phillip Cocu wants to go up but his squad isn’t as strong as Lampard’s [was].”