Home All The News Pundit: Aubameyang ‘a shadow of himself’ since signing Arsenal deal 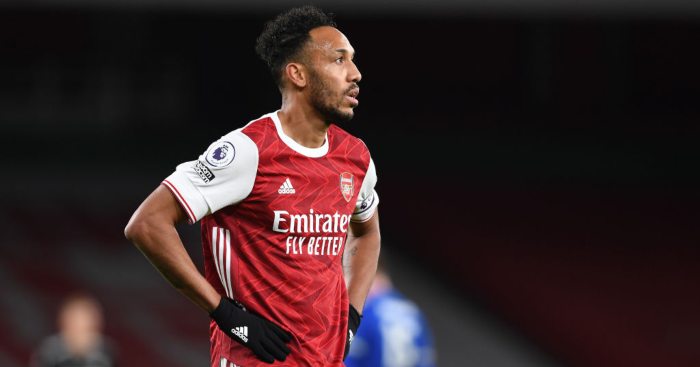 Pierre-Emerick Aubameyang has been declining since he signed a new deal at Arsenal, according to former Premier League striker Darren Bent.

He signed a new deal at the Emirates Stadium in September to put an end to speculation that he could leave Arsenal next summer.

The Gabon international scored 22 Premier League goals last term, with the Gunners only hitting the back of the net 56 times.

However, he has only managed one goal in six appearances this season and hasn’t managed to score a Premier League goal since signing his new deal.

“There has been a drop-off,” Bent said on talkSPORT.

“You look at his form in the semi-final and the final of the FA Cup last season, the Community Shield and his performance against Fulham – he was arguably one of the best strikers in the Premier League, probably the best.

“But since he signed that new contract, it might be a coincidence, but he’s looked a shadow of himself.

“He’s missed big opportunities in games, he’s not working with the same intensity, he doesn’t look like he’s enjoying it as much.

“Listen, confidence is massive in a striker. It is with any player, but particularly with a centre-forward, when you’re used to scoring as many goals as he is and then you suddenly stop scoring, it can be a little bit of a concern.

“But I think it’s even the work rate as well.

“You remember, he was putting shifts up and down, he was all over the place, but he’s been nowhere near that level recently.”