"He's the captain, and that could easily be a Eric Cantona or Cristiano Ronaldo." 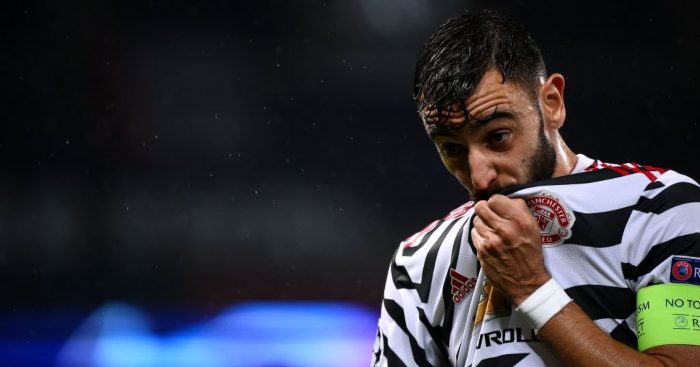 Stand-in skipper Fernandes saw his penalty saved for the second successive match, but held his nerve to find the net  – and give Man Utd the lead – after the Video Assistant Referee ordered a retake for Keylor Navas straying off his line.

Man Utd looked convincing in a 3-5-2 formation and could have gone further ahead, only for Anthony Martial to glance a Neymar corner into his own net and spark a helter-skelter conclusion.

MAILBOX: Solskjaer is a tactical genius and roaring success after all…

Both sides had chances to win but Man Utd looked more impressive and, just as Ole Gunnar Solskjaer’s side looked set for a morale-boosting draw, Marcus Rashford lashed a superb late winner to stun PSG once more.

Fletcher was impressed by Fernandes’ ability to brush himself down to convert his retaken penalty with the confidence of a Ronaldo or Cantona.

Speaking to BT Sport, Fletcher said: “It is not a great penalty the first one, it goes too close to the goalkeeper, he goes back to his hop, skip and jump, but credit to him.

“He’s the captain, and that could easily be a Eric Cantona or Cristiano Ronaldo, somebody having that belief in themselves that they missed a penalty at the weekend and missed a penalty there.

“But there was only one person taking that penalty there and that was Bruno Fernandes.”

On Fernandes, fellow pundit Rio Ferdinand added: “I think that says it all.

“He’s not even been here a year but he’s walked in and been told he’s the captain for the night because Maguire isn’t here.

“That tells you one, about him and his personality and also about the squad. They haven’t got the players that are going to step in and play that role.

“This kid is made for the big stage and he can deliver every time he steps out on the pitch.”