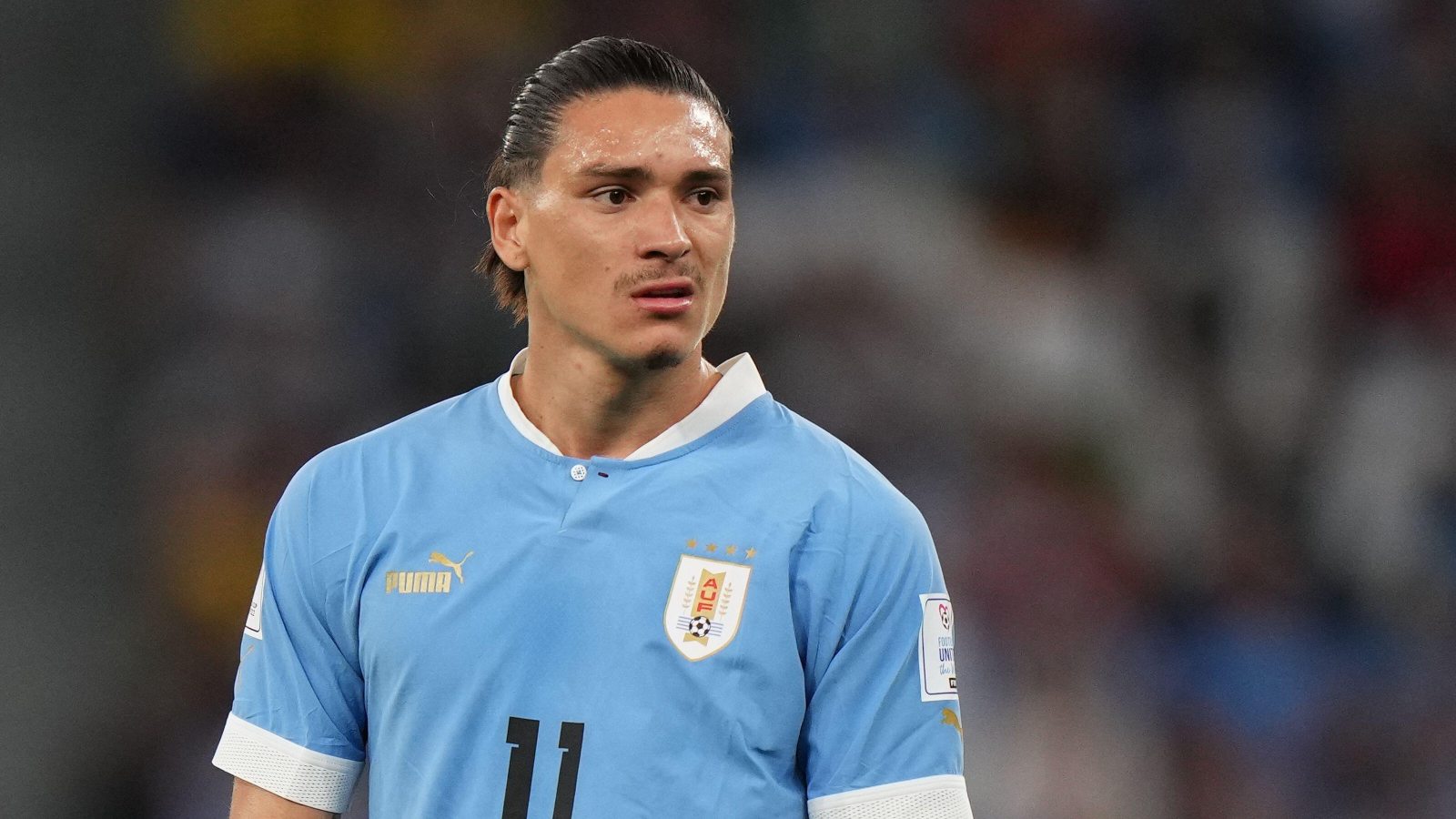 Darwin Nunez has been slammed by pundits over his display in Uruguay’s 2-0 defeat to Portugal on Monday.

Nunez, who joined Liverpool for a mammoth £85m in the summer, led the line for the South American side in their crucial Group H clash with Portugal having played on the wing against South Korea in the opening game of the tournament.

The 23-year-old was just as bad, if not worse, in his more natural position, losing possession 13 times in his 72 minutes on the pitch.

Matthew Upson wasn’t surprised the Liverpool star was hooked before the end of the game.

“He hasn’t brought the energy and movement that Uruguay desperately need so I’m not surprised he’s been replaced.”

And Arsenal legend Liam Brady, who won the 1979 FA Cup with the Gunners and won 72 caps for the Republic of Ireland, believes Nunez is struggling with the “pressure” of his price tag as he “looks like can’t control the ball”.

“I watched him play for Liverpool. He looks like a lad that’s shot of confidence. I don’t know whether (Manchester City’s Erling) Haaland having the season he’s having has put so much pressure on the lad.

“He cost an awful lot of money. He looks like he can’t control the ball. You’ve got to be able to get the ball under control but it is coming off him. He’s been very poor.”

“We will be going all out for victory. It is a crucial game,” Uruguay manager Diego Alonso said.

“We improved in the second half today. Portugal owned the ball before that, and that pressure had some effect.

“Sometimes, things don’t work out. We had 11 chances, according to the statistics.”