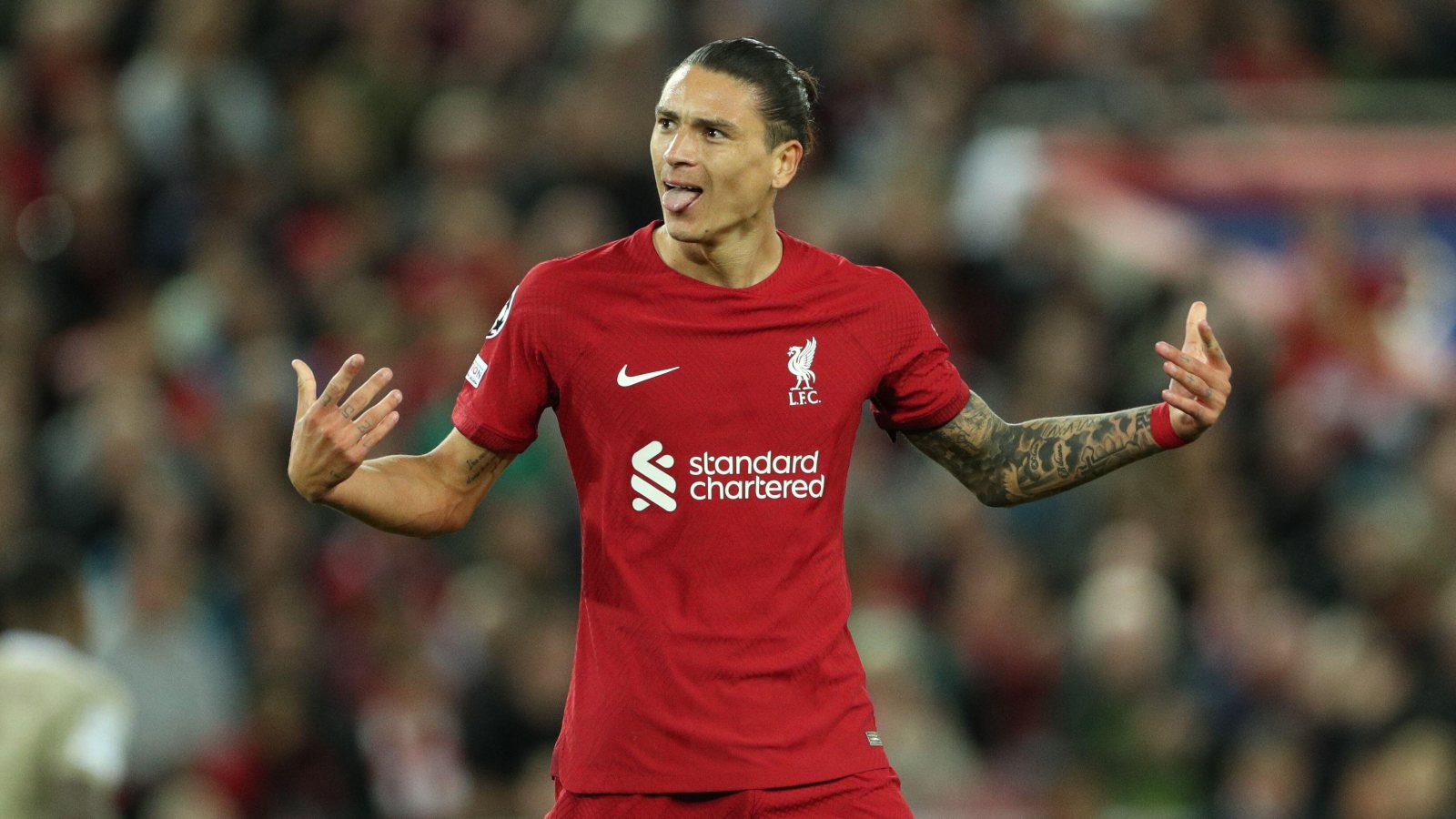 It’s early days but these guys are taking a lot of shots without scoring a lot of goals. In fact, Darwin Nunez is the only man to score at all…

10) Odsonne Edouard (Crystal Palace)
Expected goals: 0.9
Actual goals: 0
The Frenchman has now lost his place in the Palace starting XI, with Patrick Vieira deciding that a goal against Oxford United in the Carabao Cup was simply not enough.

9) Joelinton (Newcastle United)
Expected goals: 0.9
Actual goals: 0
Now magically a brilliant midfielder, but he still can’t shoot for sh*t. He had three attempts in the frustrating 0-0 draw with Crystal Palace without a single one troubling the goalkeeper.

And the whole of that 0.9 came against Chelsea, when Vardy really should have opened his account for the season. He was dropped for the 5-2 thwacking by Brighton.

HOW DID THAT STAY OUT! 🤯 pic.twitter.com/83u32cQLGH

The only man on the list to have actually scored a Premier League goal, but it’s the chances he has missed that will haunt him (as well as that daft red card). Taking 15 shots in just 175 minutes is really quite extraordinary, by the way.

No goals but the one game he started on the bench was the one game Brighton lost, so let that be a lesson to the new Brighton boss if he gets hold of the daft notion that goals are actually important.

Willock missed a blinding chance against Wolves while he also hooked a very presentable chance wide as Newcastle battered at the door in vain at Palace. This is why they have spent big money on Alexander Isak.

How the f*** did he miss that chance against Brentford?

He has taken more shots (17) than any other Brighton player this season. Brighton that. It’s a bloody good job Alexis Mac Allister and Pascal Gross know where the goal is.

Last season’s Golden Boot winner now has shoes made of paper. He has taken 17 shots without scoring a goal for Tottenham and is surely no longer undroppable. Maybe the poor fella just needs a rest.