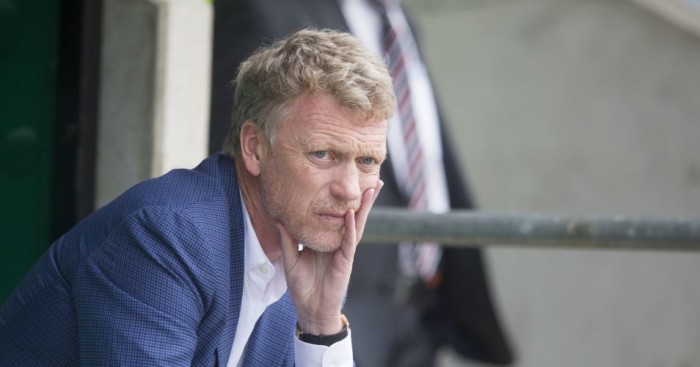 Moyes’ side lost 3-2 to Espanyol on Saturday evening, a match in which they scored their first league goals of the season. That defeat follows 0-0 draws with Deportivo and Sporting Gijon and a 1-0 away loss at Real Betis.

The Scot is understood to be in grave danger of the sack should his side fail to win away at Granada on Tuesday or against Athletic Bilbao next weekend.

Sociedad are currently 17th in La Liga, only outside the relegation zone on goal difference.

3-2 FT. Real Sociedad still without a win. Lots of pressure on Moyes.

This poor start comes after Moyes was given money to spend in the summer, signing Asier Illarramendi from Real Madrid and striker Jonathas from Elche, The club did not sell a single player for a fee.

The start represents Sociedad’s worst start to a season since 2006/07, and there is also talk of a player revolt.

To be honest, we won’t take any of this seriously until Sociedad fans fly a plane over the ground.