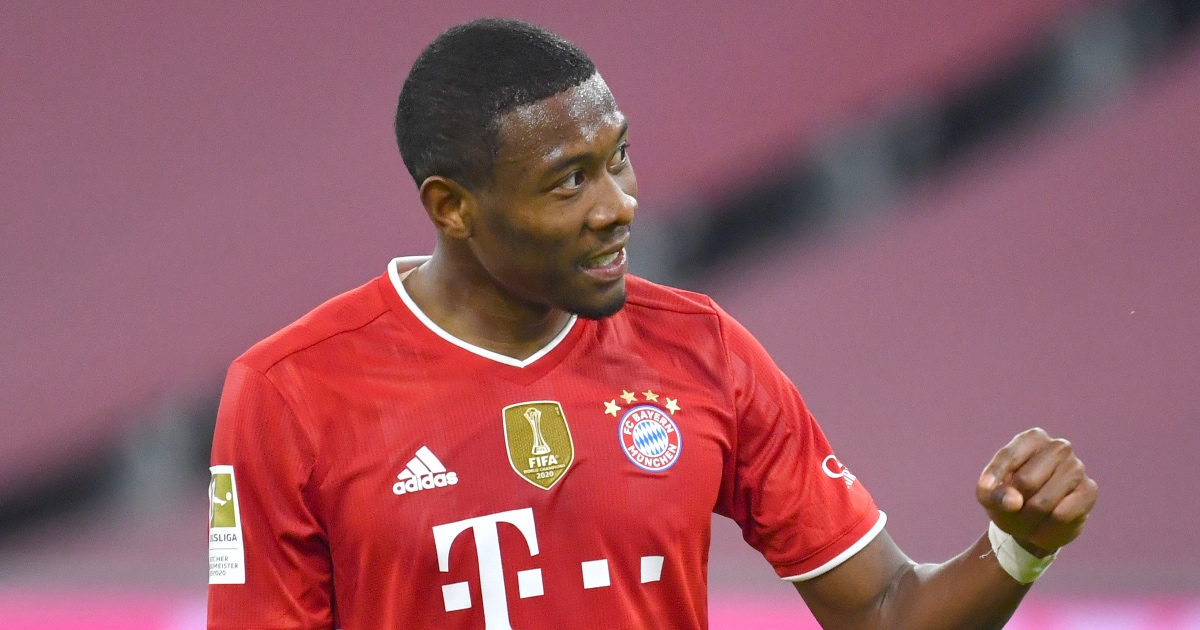 Bayern Munich star David Alaba is set to sign for Real Madrid in the coming weeks, according to reports.

The versatile Austrian has already signalled his intention of leaving Bavaria at the end of the season.

He’s available on a free transfer after running down his contract with the German giants.

According to Fabrizio Romano, Alaba’s Real move will soon be completed.

He just needs to sign the five-year contract that he agreed with Los Blancos last week. The deal will see Alaba earn a €12million net salary per season.

Romano also states that his move to Real ‘was never in doubt’, despite intense interest from other teams.

Real were always leading the race for the 28-year-old as the Spanish capital is his preferred destination.

Alaba joined Bayern Munich for a small fee back in 2008. He’s since become one of the most successful players in the game, winning nine Bundesliga titles and two Champions League trophies.

However, he now wants to move on and find a new challenge. His five-year contract with Real will see him spend the rest of his prime at the Bernabeu, where he will hunt more domestic and European glory.

Although he has been an integral player for Bayern in recent seasons, the German giants are willing to let him leave.

They’re in the middle of a huge rebuild, centred around new boss Julian Nagelsmann. The young manager will leave RB Leipzig for Bayern at the end of the season.

Star performers such as Manuel Neuer, Robert Lewandowski and Thomas Muller are all entering the twilight years of their respective careers.

Nagelsmann will need to find world-class replacements if they are to stay among Europe’s elite.

Bayern fans will be encouraged by their success in finding Arjen Robben and Frank Ribery’s successors.

The infamous duo had to be replaced in 2019, with Serge Gnabry and Kingsley Coman filling their boots brilliantly.

Dayot Upamecano has already been tipped as Alaba’s successor in defence. Bayern activated his £38.5million release clause in February to beat Liverpool and Chelsea to the signing.