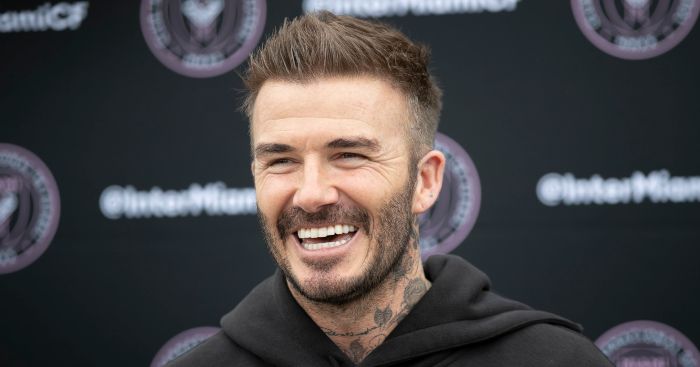 David Beckham has stressed Phil Neville has been appointed as Inter Miami head coach as he is “the right man for the job” and not because of their friendship.

Beckham says the club have “full confidence” in Neville, who has emphasised that he knows “what it takes to win”.

Neville was announced as the new boss of the Major League Soccer outfit co-owned by his former England and Manchester United team-mate Beckham on Monday, shortly after stepping down as England Women manager.

EVERYBODY LOVES: Alan Shearer is a pillar of our footballing existence

Beckham said at an Inter Miami press conference on Friday to unveil Neville: “I’ve known him since I was 15, 16 years old, and I know what he’s like, what he was like as a player, what he is like as a human being, what his work ethic is like.

“Him and his brother Gary, I’ve never seen two players work as hard at their game in my whole career.

“Of course, people are always going to turn around and say ‘it’s because he’s your friend’. It’s nothing to do with him being my friend. Our ownership group don’t just employ our friends, we employ the best people. We are running a serious soccer club here and I think we hire people we feel are best suited for the job.

“My loyalty to Phil has always been there, because as a player I relied on him to keep making those runs by the side of me. I never gave him the ball because I thought I was a better crosser! But I knew he would keep on making those runs because he knew that was what was best for the team.

“He will make those decisions as a coach…and as a leader. That’s why he’s in this position, nothing to do with the relationship we have, the friendship we have, the loyalty we have to each other. He’s the right man for the job.”

Neville – Beckham’s fellow co-owner at League Two Salford – arrives in the role having had stints on the coaching staff at United and Valencia before spending three years as England Women boss, which included finishing fourth at the 2019 World Cup and winning the SheBelieves Cup. They lost seven of their last 11 games under him.

“I’m looking forward to the challenge, to @MLS starting, and I just wish it was tomorrow”- Phil Neville, #InterMiamiCF head coach. pic.twitter.com/09xhkOeRb9

Asked what he felt Neville could bring to Inter Miami, Beckham said: “Of course he’s had a few experiences in the men’s game, and more recent in the women’s national team.

“We have full confidence. We wouldn’t have made this decision to bring Phil in at this level if we didn’t know his capabilities.”

Neville said: “I think when people throw (questions) about the lack of experience, I always throw back that actually I’ve got a lot of experience, of being around winners, of winning myself as a player, but actually coaching at the very top level with Valencia, with Manchester United, and with the England national team, getting to a World Cup semi-final.

“In terms of what we want to build here…we have to behave in a certain way, I call it elite behaviour. It’s doing the right thing every minute of every day, and I’ve lived that as a player and seen and coached that way, with some of the best players in both the men’s and the women’s game.

“I’m coming into this job to instil those values into this club, about what it takes to actually win. And I think I know those qualities, what it takes.”

Regarding Beckham, Neville admitted “there will be times when we have difficult conversations” before expressing his hope that “this will be one of the best chapters of our friendship”.

Neville stepped down as England boss having previously been set to do so in July at the end of his contract. He said he was sad to say goodbye to the players but that Inter Miami was an opportunity he “had to grasp”.