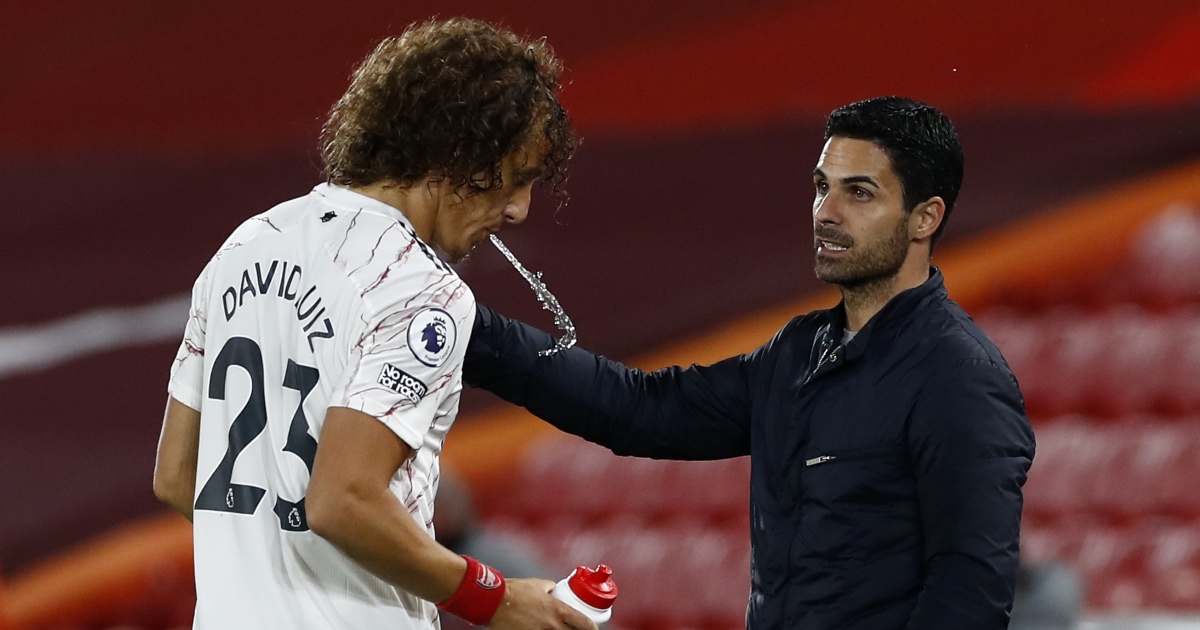 David Luiz has revealed that he left Arsenal this summer as he wants to “win, win, win as soon as possible” and wasn’t prepared to commit to Mikel Arteta’s long-term rebuild at the Emirates.

The Brazilian is currently without a club, with the Gunners signing Ben White for £50million as his replacement.

Luiz featured 73 times for the Gunners, combining errors and red cards with some excellent performances at the back, including fine displays in the semi-final and final of the 2020 FA Cup, as Arteta’s side beat Chelsea 2-1 to claim the trophy.

The 34-year-ol has now revealed why he parted ways with the club, claiming he has different priorities to Arteta as he comes towards the end of his careeer.

“Both of us decided to split,” Luiz told The Daily Mail. “I came for two years and the aim was to win something, which I did (the FA Cup and Community Shield).

“Now, I think the club has a different project for the long term. They have different ideas. My idea is to win, win, win as soon as possible.”

The Gunners have finished ninth in their last two Premier League campaigns under Arteta and former Manchester United defender Rio Ferdinand agrees with Luiz on the current direction of the club.

“With Arsenal, I know they’re building and [Mikel] Arteta is trying to build something and he’s setting the foundations there, but they’re in no man’s land”, Ferdinand admitted on his FIVE YouTube channel.

“They’re not a threat to anybody. You don’t consider them a real threat at all and it’s not just the Arsenal that I played against with Patrick Vieira, Thierry Henry, Dennis Bergkamp, Martin Keown, Tony Adams, Sol Campbell, Ashley Cole.”

Arsenal lost their first game of the season in embarrassing fashion to Brentford on Friday, with White enduring a torrid time on debut in a very shaky defence.

And Mikel Arteta admitted that his side didn’t deserve anything from the game.

He added: “I’m disappointed. We started the season against a good opponent. I don’t think we deserved anything different.