Home Arsenal Agent: Chances of Luiz being at Arsenal next season ‘very high’ 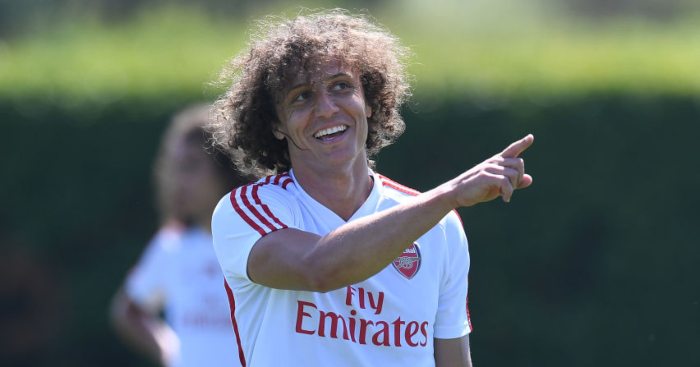 David Luiz has no intention of leaving Arsenal with the chances of the Brazilian being at the Emirates Stadium next season “very high”.

A report on Wednesday claimed that Luiz only signed a deal for an initial 12 months and not the two years reported at the time of his £8m move from Chelsea last summer.

Sky Sports added that the Brazilian will leave Arsenal this summer with Luiz ‘out of contract next month and no negotiations over a new deal planned.’

OPINION: Watch Empty Football on TV and fans are forgotten…

A report on Sunday even claimed that the cost of his one-year deal at Arsenal was closer to £24m when payments to ‘intermediaries’ (£6m) and Luiz’s £10m salary are taken into account.

Despite rumours Luiz won’t be there next season, his agent Kia Joorabchian insists there is a “very high” chance that the Brazilian will stay at the Emirates Stadium.

“He’s very happy at Arsenal,” Joorabchian told Sky Sports. “He has an extremely good relationship with both the coach and the sporting director. He has good relationships all throughout the club, right up to the owner. He respects everybody.

“These contract situations, these renewals, if he stays or if he goes… will all sort themselves out when we get back to some kind of ‘new’ normal [after coronavirus].

“David will sit down with Arsenal before the season begins, have his conversations and they will both decide if he will stay or not. That will come before the season starts. The chances are very high [of Luiz being at Arsenal next season].

“There is no desire to leave. But again, we are going to live in a ‘new’ normal, we will have to see what Arsenal’s position will be. But I believe there is a wish from both sides to continue.”