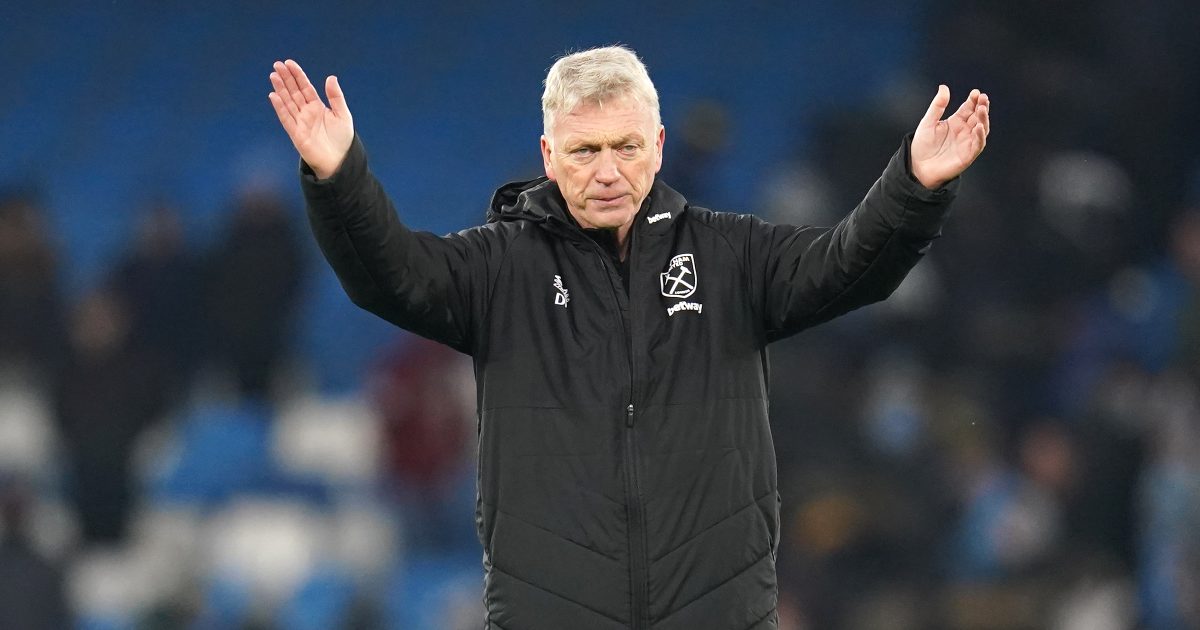 David Moyes has insisted that West Ham United have to “keep pushing” to reach the same level as their Premier League rivals Man City and Liverpool.

The former Man Utd boss has done a great job since he returned to West Ham at the end of 2019. He helped them stay up in 2019/20 before he guided them to a sixth-place finish last season.

This qualified them for the Europa League and the Hammers have already booked their place in the knockout stages of the competition.

Football’s vested interests circle their wagons over The Crouch Report

West Ham have also made a strong start in the Premier League. They sit fourth in the table after 13 games.

Before the international break, they beat Liverpool 3-2 at the London Stadium. But last time out they lost 2-1 at the Etihad against Man City.

As reported by BBC Sport, Moyes has said that his players “deserve huge credit” for what they have achieved:

“It’s right up there with the best (starts to the season),” said Moyes.

“I think the big thing I’ve got is a really good team – a group of players who are competitive, working on changing the mentality, and I think when it comes to 28 December, I’ll have been here two years. The turnaround the players have made in that time has been great, so they deserve huge credit for what they’ve done.

“I’m still trying to build the club. 18 months at the moment isn’t a long period to be at any club, but the players – and us as a staff – have made decent progress.

“The wins and the way we’ve been playing has given us huge belief.

“I don’t think not winning at Man City would necessarily give us a huge dent, but we want to get back winning and I understand that if we’re going to continue to be competitive, we have to pick up points – it doesn’t matter where it is.

“Competing means winning games as well – we competed really well against Liverpool and beat them, and competed well against Man City and didn’t get a result against them. We’re not quite at that level yet, but we have to keep pushing for it.”

“If you asked me last season who I’d tip to improve, I’d say Brighton.

“I don’t need to give Graham any advice, but I think the Brighton supporters are really lucky to have him as a manager.

“He’s a top manager with a really good team, and we’ll all get booed at times in our careers, but you just have to move on and I’m sure he knows what he’s doing.”