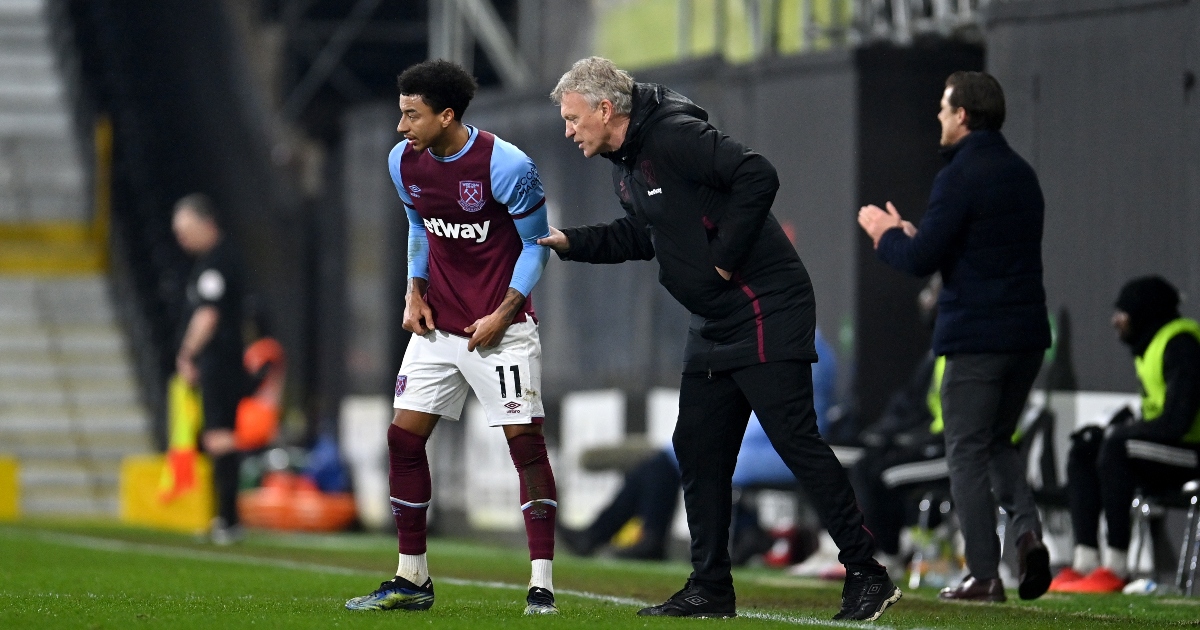 Former Premier League striker Noel Whelan expects the presence of David Moyes in the West Ham dugout to weigh in heavily on Jesse Lingard’s decision over his future.

Lingard, 28, arrived at the London Stadium in January and racked up nine goals and five assists in 16 games.

With his loan spell having concluded, Lingard is poised for a return to his parent club, Manchester United, but there are suggestions he could attempt to force his way out of Old Trafford.

Lingard has one year left on his United contract but made only three appearances during the first half of the campaign, with manager Ole Gunnar Solskjaer seemingly unconvinced by the forward’s credentials.

At West Ham, however, he has thrived, inspiring his team to a Europa League finish.

FEATURE: A Euro 2020 XI taken from the Football League

Whelan believes a big part of Lingard’s success in the capital has been down to Moyes’ management of the player. The relationship they have forged could be the deciding factor in whether Lingard returns to West Ham next season, he says.

“One thing that David Moyes has allowed him to do is have that freedom out there on the field,” Whelan told Football Insider. “To go and showcase his skills and let him enjoy football again which is what he wasn’t getting at Manchester United.

“So a massive part of that goes down to David Moyes, the coaching staff and the players around him. They allowed him to go and be that free spirit, let loose his skills and showcase himself completely rather than holding him back.

“I’m sure when it comes to a decision of where he wants to be that will be very strong on his list. To play for a manager that allows you to go and have that freedom and be as forward-thinking a player as he is, that’s a massive benefit.

“You also know what you’re getting with him. He will do the horrible side as well and that is massively important.”

Aston Villa are also thought to be interested in Lingard, with Dean Smith’s side in desperate need of someone who can shoulder the creative burden alongside Jack Grealish.