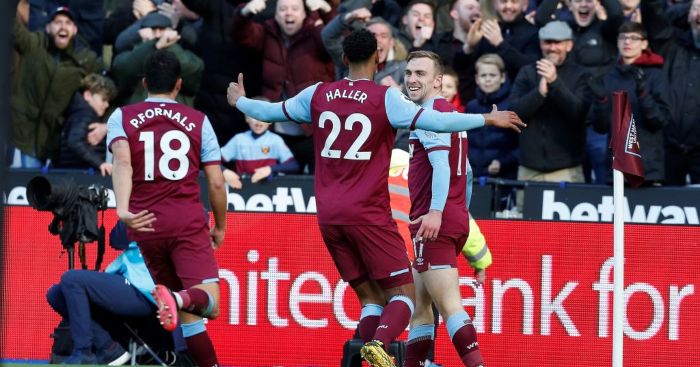 David Moyes is determined to keep the pressure off Jarrod Bowen despite the £20million winger’s sparkling full debut.

Bowen, the deadline-day signing from Hull, scored the opening goal and put in a fine performance as the Hammers swept aside Southampton 3-1.

The 23-year-old was named man of the match after the victory that lifted West Ham out of the relegation zone.

But despite his immediate impact, Moyes insists Bowen should not be viewed as the player who will fire them to survival.

“Jarrod scored a great goal and for his full debut he did very well,” said the Hammers boss.

“I hope I know a bit about giving boys from lower league their opportunities. I don’t want him to have the pressure to be the one who has to perform.

“He’s someone who scores and who knows how to score. But there’ll be games that suit him and games that might not.

“In my head today was always going to be his chance to start and I’m really pleased with how he started.

“But it can’t be all about today. We also want a top player for the next six or seven years. I’ll use him at the right times.”

The Frenchman, who has struggled to live up to anything like his £45million price tag this season, leapt to challenge McCarthy for Michail Antonio’s cross.

Haller won that duel but the ball was heading into touch until he slid in to somehow squeeze it inside the near post.

The Hammers have dropped 22 points from a leading position this season, more than any other side, but Antonio ensured they would not be adding to that tally when he raced onto Pablo Fornals’ ball over the top and fired home the third.

The mood at the end was in stark contrast to before kick-off, when a few thousand disaffected supporters staged the latest in a series of anti-board protests outside the ground.