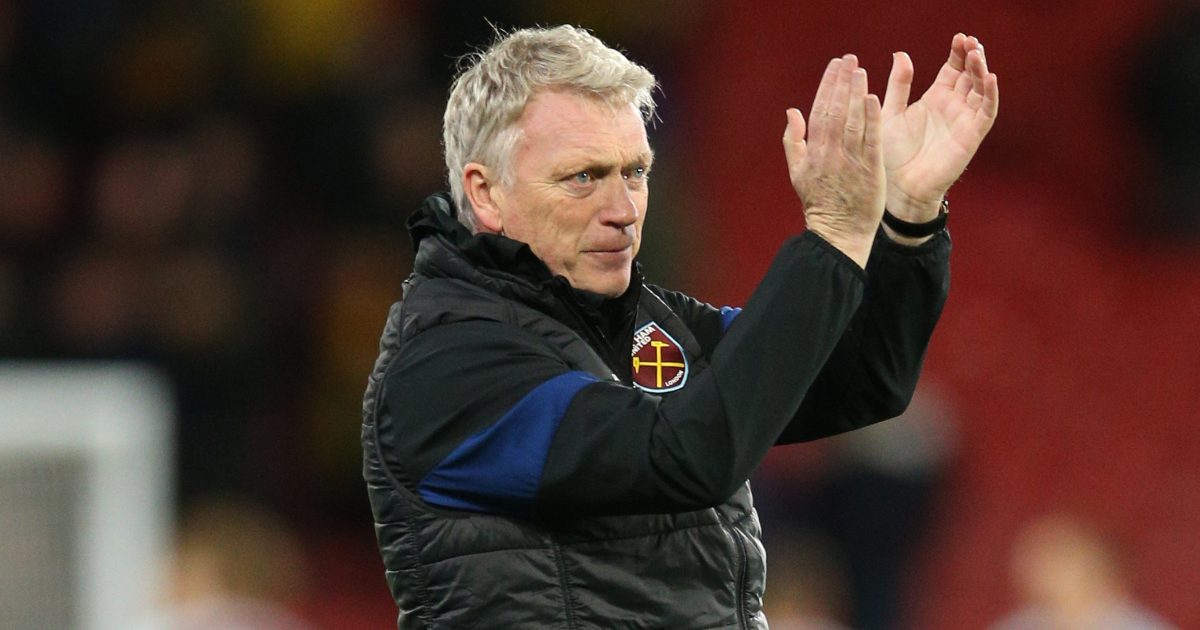 David Moyes is proud of the job that he has done at West Ham United as the club are showing signs of “recovery”.

It is now two years since Moyes returned to West Ham at the end of 2019. He took over when they were 17th in the Premier League.

They are now in a much stronger position as they sit fifth in the table heading into the New Year.

“What makes me most happy is there’s signs of shoots of recovery at West Ham United Football Club,” said Moyes.

“People are talking about the football club more than maybe they have done in the past.

“That’s mostly down to the players, the young players and the players we’ve brought in.

“All those things I’m pleased about. We have a support that now enjoys watching the team.

“That gives me a lot of pride because it means you’re doing something right. The praise will always go to the players for the way they’ve performed.

“I’m trying to get better at what I do, change how we play and improve the style. But ultimately the big thing you want to do is win. I want to try and win as many games as we can.

“In the two years it’s maybe been as good a record as I’ve had at different times – our win ratio in the main.

“We’re only at the start of that journey but we’ve started really well and now I hope we can try and get another layer.

“It doesn’t always come right away but for us to try and remain consistent like last year and finish in the top half would be another step in the right direction.

“There are other things I want us to grow. I want a better youth team, I want us to do much more better things around the training ground, as correctly as we can. There are a lot of things we can do to keep moving along.”

Declan Rice is another set for a milestone with the England midfielder in line to make his 150th Premier League appearance at Palace.

The 22-year-old has once again been West Ham’s stand-out performer this season, and Moyes has urged him to get even better.

“I want him to keep driving on. I want Declan to realise he can keep stepping up. He has stepped up again.

“After the Euros, out of the players who played he is one who has stood out since with his performances.

“He’s helped West Ham certainly improve, he’s helped us as a team and as a club. But hopefully we’ve helped him as well.

“He’s getting a chance to lead the team with a lot of responsibility. Declan’s all-round play has improved greatly and I think he’s shown a real level of consistency as well. His standards have been very high in the main this season.”