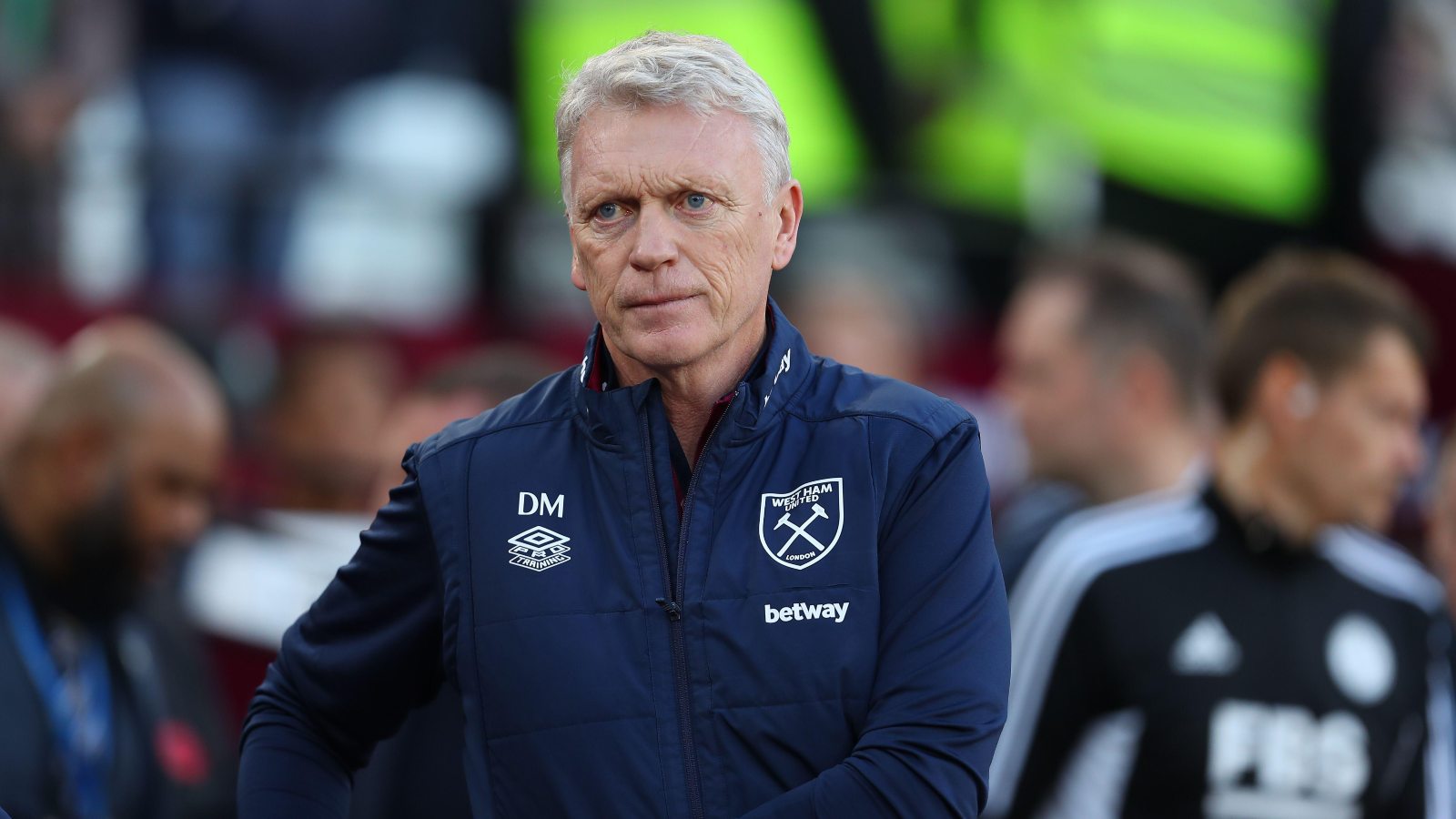 David Moyes looks like an old man waiting for a bus; it will be along soon fella and West Ham should take a look at what Aston Villa have done…

How is David Moyes still working in the top flight? I am not saying the Scotsman is a bad manager; he’s obviously not. Some West Ham fans think he’s been their best manager in the Premier League era. But how good is he really? He’s managed 1064 games. The only trophy he has won was at Preston in the third tier 23 years ago: 830 top-flight games in England and Spain across 20 years and not a single bit of silverware (unless you count the Community Shield) and just one losing appearance in a cup final.

He led Manchester United to what was, at the time, their lowest points total. He managed Real Sociedad for 42 games, won just 12 times and finished 12th before they sacked him early into a new season.

This leaves his spell at Everton from 2002 to 2013 doing most of the reputational heavy lifting. In those 11 seasons, they finished between 4th and 8th nine times. There was also an 11th and a 17th. But more importantly, it started 20 years ago and ended nearly 10 years ago. The football world is a very different place now. Very different. Even if he’d won a few cups in that period, it wouldn’t be right or fair or helpful to judge Moyes in 2022 on what he achieved in 2002 or even in 2013. But the fact is, he won nothing.

He’s entered 41 domestic cup competitions and has made one final – with Everton – which they lost 2-1 after taking a first-minute lead (a familiar problem) and made just three semi-finals. That latter stat is probably the most damning. In eight cup competitions with West Ham he’s not got beyond the quarter-final. This is fine if you’re not managing a club that has spent nearly £400million on players in the last five years, but is poor if you are.

He’s played 56 European games across his career and won 32, making one semi-final and one quarter-final. By contrast, Frankfurt boss Oliver Glasner won the Europa League at the first attempt with Eintracht.

He’s had two spells in charge of the Irons; since 2017/18 West Ham have finished 13th, 10th, 16th, sixth, seventh and are currently 16th. There are two good finishes there, yes, but the first needs to be set into the context of weird Covid restrictions, when the team seemed to play better when there were no fans present. The sixth place was a really good performance albeit largely achieved due to the failure of others, specifically Spurs and Arsenal having a bit of a meltdown and finishing seventh and eighth. Even so, credit is due.

With the investment in the club, seventh position last season (top of the middle third) is about par. So since leaving Everton in 2013, Moyes has achieved two good seasons. He hasn’t even won an away league game against the ‘top six’ in over 70 tries. That seems statistically improbable. Perhaps he has some sort of a managerial inferiority complex. That cringe-inducing ‘that’s what I do, I win matches’ always felt like someone who was insecure pretending to be better than they are.

His supporters might point to success in Europe last season, making the Europa League semi-final and winning all their games this season. But if you look at who they have played – teams like Viborg, FCSB, Anderlecht and Silkeborg – none can compete financially with the Hammers. There were good wins last year over Lyon and especially Sevilla, but they had every advantage to win yet fell to Frankfurt in the semi-final. If Moyes wants praise for those two victories, he must accept responsibility for not winning a competition in which they were so financially dominant.

As I say, it’s not that Moyes is especially terrible, but if West Ham had a better manager, they would have likely won the Europa League. Given how easily Aston Villa recruited Unai Emery, surely West Ham could have done so before them.

His favourite tactic once in front seems to be to go very defensive to hang onto the lead. It is the sort of thing a manager of a small club trying to overcome the odds does. It is as though he’s managing Wigan not West Ham. Maybe that’s the inferiority complex manifesting itself.

Think about how Thomas Frank organises Brentford to get the best out of them with far less resource. Newcastle are third and have spent less than West Ham in the last five years. Moyes’ decent seasons are just a blip in the overall trend of mediocrity.

It was put to me by a pal who’s a Hammers fan that Moyes won’t be 60 until next spring but he already looks like he’s in his 70s and thus like a relic from another era to the players. They might see other younger, more dynamic, interesting and cool managers like Frank, Howe and Silva doing much better with less money and wonder why they have to put up with Moyes.

“We pay big, so we can attract players, but Moyes doesn’t know what to do with them. He’s won nothing in two decades. He’s just an average manager who has an odd decent season but really should be working in the lower leagues. He is squatting in the Prem.”

He went on to say he thinks Moyes has lost the players, pointing to Said Benrahma’s attitude towards him in the Leicester game as proof, and that a team of internationals should not be a point off relegation. Others think he’s hiding behind the Conference League wins against markedly inferior opposition. Yet more think the rot set in last season with only one win in the last five games and that he doesn’t have enough tactical acumen, makes ill-advised substitutions, makes in-game mistakes and prepares poorly. It’s quite a long list of complaints.

Some of this may be a bit unfair; after all, the bloke can’t help how he looks and his playing career may have left him with dodgy knees, but modern football is an unsympathetic, brutal environment and he does stand in the technical area, slightly stooped, leaning forward a little, like an auld fella waiting in the rain for a bus. You couldn’t say he looks full of vim and vigour. These things, despite sometimes being rather shallow, do matter to top-rank footballers and to fans, especially when the team is losing regularly.

But despite all of this, to the chagrin of some of the supporters, he regularly enjoys an almost criticism-free pass in the press and with broadcasters, in a way that a non-British manager with the same record almost certainly would not. In fact, I don’t think I’ve ever heard or read any serious criticism of him at all outside of the fanbase. His achievements, such as they are, are often overstated or not placed in their proper context.

I suspect this is largely down to the fact he’s widely liked in the media as an affable sort and people understandably don’t want to be rude about him. But someone has to tell the truth. And the truth is no-one else has managed 830 top-flight games without winning anything and, just as importantly, hardly ever challenging to win anything. Even Harry Redknapp won the FA Cup once when Portsmouth manager.

His interviews are becoming passive-aggressive, but at least he’s not threatened to slap a female reporter again. He’s been damn lucky to manage in the top flight in England and Spain for so very long. It really shouldn’t go on for much longer. No-one can argue he is the best manager available to West Ham, with better options getting snapped up all the time. This should and surely will be his last top-flight job.

That bus should be along soon, Davey.