Man Utd have struggled to hit the heights of Sir Alex Ferguson’s reign since he left in 2013. 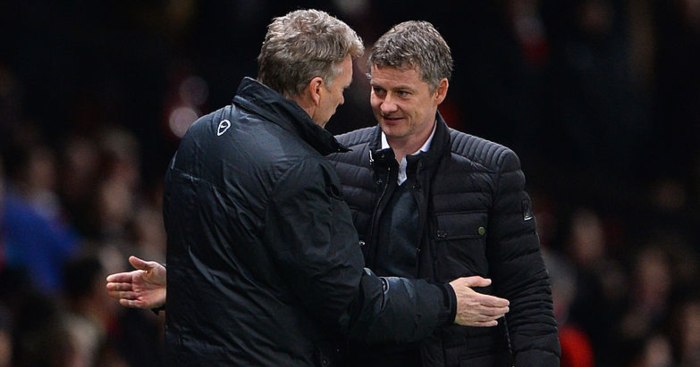 David Moyes has pinpointed the main “difference” between how Man Utd treated him at Old Trafford and how they are treating Ole Gunnar Solskjaer.

Man Utd have struggled to hit the heights of Sir Alex Ferguson’s reign since he left in 2013 with Moyes the first manager to attempt to carry on the Scot’s legacy.

Moyes lasted less than a year at the helm after being appointed on a six-year deal, with the club finishing seventh – their lowest-ever Premier League finish.

MAILBOX: Man United defeat was not a sh*t-show after all!

Things at Old Trafford seem to be steadily improving under Solskjaer with their 3-1 defeat to Chelsea in the FA Cup semi-final their first loss in 20 matches in all competitions.

And Moyes thinks the main difference between his time at Man Utd and Solskjaer’s was that the Norwegian is being afforded time.

“It’s a wonderful club and a brilliant place to be, and the biggest club in the world, for me,” Moyes said ahead of West Ham’s trip to Old Trafford on Wednesday. “It’s always a special place to go and I’m looking forward to going back.

“Ole had a difficult start, but the difference between Ole and me is that he’s being given time. He’s bringing players in from the Academy, which Manchester United has always stood for. They’ve got some really exciting young players of their own now.”