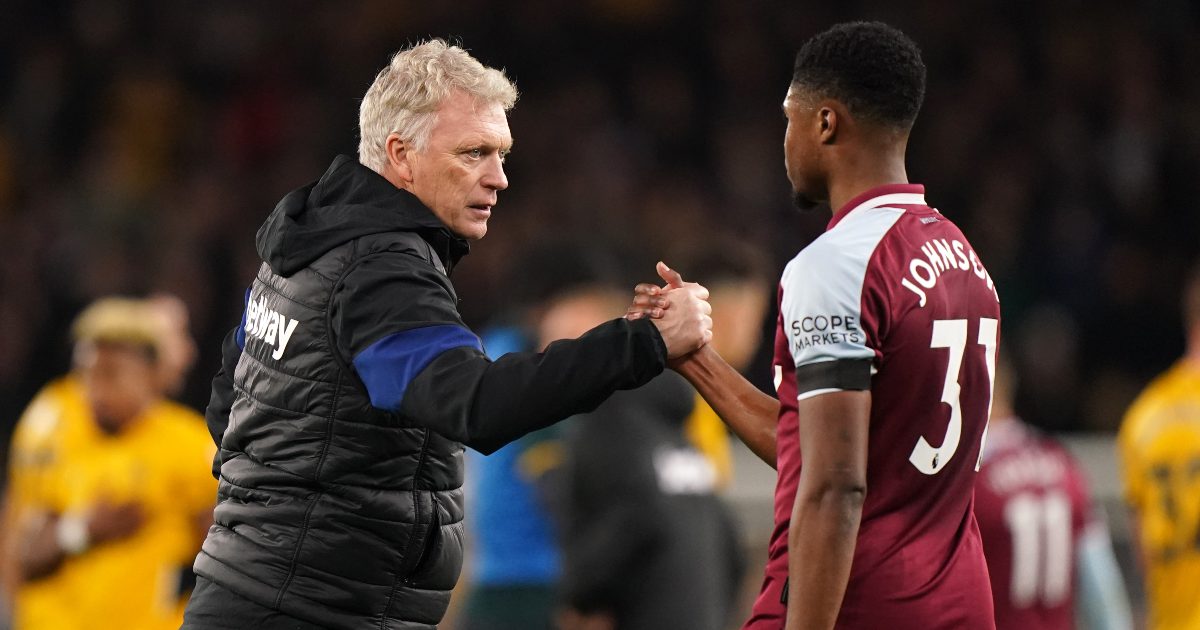 David Moyes has revealed that he will play “some young players” in the Europa League on Thursday night and he has provided an update on Kurt Zouma and Ben Johnson.

Zouma and Johnson have both been in great form for the Hammers this season. The latter has established himself as a regular for West Ham as he has played seven times in the Premier League this term.

The 21-year-old is set for a spell on the sidelines as a result of a low-grade hamstring injury, according to Football London.

Zouma meanwhile joined West Ham from Chelsea during the summer. They paid around £30m to sign him.

The France international has suffered tendon damage in his hamstring. This adds to their defensive issues as Angelo Ogbonna has already been ruled out for the rest of the 2021/22 season.

As quoted by BBC Sport, Moyes recognised that Zouma is going to be a “big miss”:

“He has been very good for us and everybody has been impressed,” said Moyes. “He’s come with the experience we’d expect of a player who has come from Chelsea.

“He’d be a big miss for anybody, but we’ve got [other] players who helped us get to Europe last year.”

On the seriousness of Zouma and Ben Johnson’s injuries, he added: “We don’t know exactly yet, but we’re not fearing it’s as bad as we first thought.”

West Ham host Dinamo Zagreb in their final Europa League group game on Thursday evening. The English side are already guaranteed top spot in Group H as they have won four of their five games.

Moyes went onto reveal that “some young players” will feature against their Croatian opponents:

“Obviously we’re disappointed when we suffer injuries, but we try not to talk too much about it. It does give a couple of players who might not have been featuring so regularly the chance to come in and show what they can do.

“Not a lot of youngsters [will play] but we will play some young players. I’m really looking forward to giving some of them their debuts. I’m so keen for them to do well. We will have a lot of senior players involved as well.

“Watching the [Champions League] games last night it made me giggle because people were talking before about West Ham being favourites.

“This competition so difficult. We are happy to take on whoever we get.”