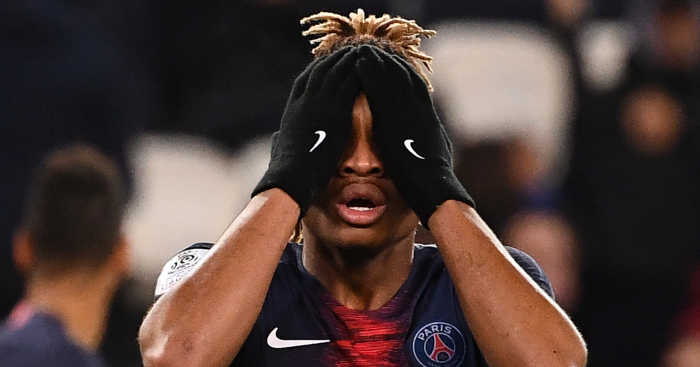 Arsenal might actually be signing a player this month. David Ornstein says so. Yaaaaaas.

After Unai Emery’s statement that Arsenal “cannot sign permanently” and “can only loan players”, it seemed unlikely that the Gunners would delve into the market.

But Hector Bellerin’s season-ending injury – the third Arsenal have suffered this season – has somewhat forced their hand.

The Gunners have therefore been looking for versatile player who can fill a number of squad positions on loan.

According to David Ornstein, as well as French newspaper L’Equipe and numerous other sources, Christopher Nkunku has emerged as their primary target.

‘Arsenal want to take Nkunku on loan until the end of the season with an option to then buy – but PSG are said to favour extending his contract before sanctioning a loan move,’ reports the BBC Sport journalist.

Further reports have suggested the deal could involve a clause that will make the move permanent for €20m in the summer.

Nkunku played under Emery at PSG, and can operate on either side as a winger, as well as in central midfield or at right-back.

The 21-year-old has hardly featured under Thomas Tuchel this season, with his agent telling Le Parisien earlier this month: “Our view is that playing time and his role in a rotated squad are insufficient. Christopher is open to a departure in order to progress.”

Ornstein adds that ‘although the deal is complex and at an early stage, there is full consensus across the Arsenal hierarchy that it should be pursued’.

Nkunku is seen as a possible long-term replacement for the departing Aaron Ramsey.