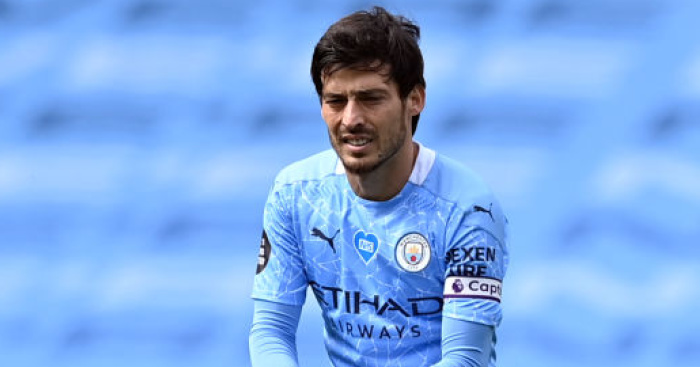 The Spaniard officially left the Premier League club on Saturday after their 3-1 loss to Lyon in the Champions League quarter-finals.

It brought his decade at the Etihad Stadium to an end and City revealed on Monday they would honour the playmaker with a statue.

Soon after Silva, who had been linked with a move to Lazio, penned a two-year deal with Real Sociedad to complete a return to LaLiga.

A report in Sky Sport Italia (via Football Italia) claims that Lazio were ‘furious’ that he joined Sociedad without even letting them know despite being in long talks with the Serie A club.

Over the last few days Silva ‘was not answering calls from the Biancocelesti directors’ despite the club offering him ‘perks’ such as ‘a personal driver and use of a private jet’.

The 34-year-old previously played in La Liga with Valencia for six years before he signed for City in the summer of 2010.

Sociedad confirmed Silva will link up with the squad for pre-season after he has enjoyed some time off.

The new LaLiga campaign begins on September 12, with Imanol Alguacil’s side also set to compete in the Europa League group stage after they came sixth during the 2019-20 season.

🎥 Silva is a new txuri urdin player! We’re excited and very pleased to have you with us! Welcome, @21LVA! 💙⚪

A sculpture of Silva will be unveiled next year at the Etihad Stadium along with a similar tribute already planned for former captain Vincent Kompany.

Silva made 436 appearances for City and is widely regarded as one of the club’s greatest-ever players having won four Premier League titles, five League Cups and two FA Cups since his arrival.

In addition to the statue, the World Cup winner will also have a training pitch at the City Football Academy named after him with a celebratory mosaic placed alongside.

City chairman Khaldoon Al Mubarak said: “David Silva is a transformational player – a quiet leader who has acted quietly and deliberately and inspired everyone around him, from the youngest academy player to his senior team-mates over the past 10 years.

“He has put a stamp on the team, on this club, its history and even the Premier League as a whole.

“In doing so he has been instrumental to the beautiful football philosophy you see today. He was the start of it.

“As with Vincent before him, David’s statue will act as a lasting reminder of the wonderful moments that he gave us, not only as an incredible footballer, but as an inspiring ambassador who represented this football club with great dignity at all times.”

Silva has been one of the key players in City’s rise to the top of the English game over the past decade. Prior to the FA Cup triumph of 2011 the club had not won a trophy for 35 years but now they are regularly competing for silverware.

“This is something good and our fans deserve it after all those years without winning any silverware.

“It is normal that after all we have done during the last 10 years the demands are higher but we have the team to achieve it in the future.”

Silva’s contract at City was due to expire in June but he agreed a short-term extension to take him to the end of the interrupted 2019-20 campaign. He leaves with a lot of fond memories of the club and their fans.

He said: “It felt like home from the very beginning, everyone treated me and my family so well. I will be forever grateful. I am going to be a Citizen until I die and my family as well.”