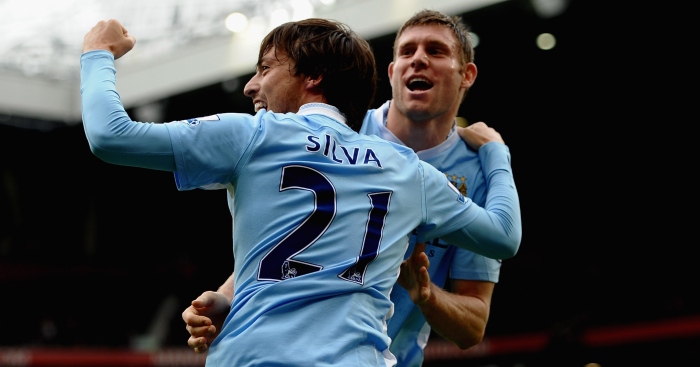 David Silva has cited Manchester City’s 6-1 derby victory over United at Old Trafford in 2011 as a turning point in the two clubs’ history.

City won that game 2-1 on the way to the first of their three Premier League titles, with Silva scoring the sixth of six goals after the sending-off of Jonny Evans.

They have won seven of 13 Premier League derbies since that day, and have not finished below United since Sir Alex Ferguson retired in 2013.

“If you are telling me that statistic, it is a good statistic that we haven’t finished below United since he [Ferguson] left, so maybe that is good evidence,” Silva told ESPN.

“The derby has changed since my time here. A key turning point was the 6-1 at their place – I think things have changed since then.

“When they come to play us here or anywhere, they probably have higher respect for us than before.

“The respect is always there, no matter who you are playing, but maybe now, the way in which City are viewed by United has changed and maybe we have got the upper hand.

“Vinny’s goal was really important,” Silva said, remembering the 1-0 win at the Etihad later that season. “That game was key in that we went on to win the title.

“But the 6-1, for the fact that it was at Old Trafford, too, was probably even more important. That was one of those games that goes down in history.”