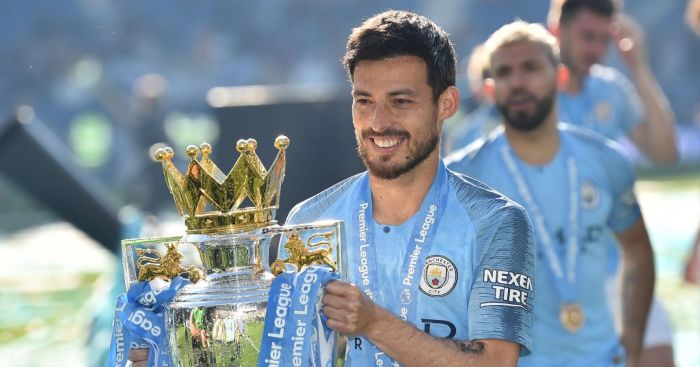 The Spaniard will leave the Manchester club at the end of their Champions League campaign and will be available on a free transfer.

According to Sky Sport Italia (via Mail Online), Lazio have emerged as the favourites to sign the playmaker and will offer him a three-year deal.

The Italian outfit will have to compete with rivals AC Milan, who have previously contacted Silva’s agents about a potential deal.

Silva’s father Fernando recently told El Transistor that Serie A would be ideal for his son: “I can confirm that he likes the Italian league and would really enjoy playing in Italy. He told me he could play there until he’s 40 years old.

“At the moment, there are many offers and he has to decide, but I’d love it if he signed for Lazio… it’d be a huge opportunity for him.”

Silva could link up with European Golden Shoe winner Ciro Immobile, whose been in exciting form this season. The Italian scored 36 goals in 37 games in the league, beating Juventus’ Cristiano Ronaldo in the process.

Lazio qualified for next term’s Champions League by finishing fourth, helping to end a 13-year drought from Europe’s elite competition.

Signing Silva could help the club improve on that position next season and to make a big statement in Europe.

It looks like the playmaker will snub a move back to Spain as he’s set his sights on a move to Italy. Either way, the 34-year-old has been a joy to watch during his time in the Premier League and will be sorely missed by Man City fans.